‘Tis the season for U-Hauls in the streets and bed frames on the sidewalk.

Allston Christmas — the traditional day of furniture finds after the busiest moving week of the year — officially began this week as college students moved in and out of apartments in the Allston neighborhood.

The local holiday gets its name from the piles of free furniture and assorted items left by renters for anyone to take. Couches, mattresses, lamps, and more magically appear on the sidewalk like presents under a tree.

“Happy Allston Christmas, there are seven couches on the sidewalk I can see from my house right now,” one twitter user wrote.

This year, movers unloaded trucks in the storm and tried to keep mattresses dry as remnants of Hurricane Ida drenched the region.

Massachusetts was hit by the outskirts of Ida and while there was some flooding and damage to roadways, the impact was not nearly as severe as other Northeast states — like New York and New Jersey. From Maryland to New York, 26 people died, including 12 in New York City.

Back in Allston, the typically stressful day was only made more chaotic by the weather — wet cardboard boxes were seen falling apart throughout the day, and water-logged mattresses cluttered sidewalks.

“In Boston, September 1st is when Allston Christmas takes place. It’s usually a (chaotic) way to find some cool castoffs as folks are moving,” one person tweeted. “But not this year! Too much rain to go treasure hunting.”

College students normally fill the streets trying to salvage leftover furniture. Some students were more cautious of the items they grabbed this year, considering the current spread of the delta variant.

“We wear a mask and we clean stuff up a lot more before we put it inside,” Forest Doherty said to NBC Boston. He told reporters he furnished his living room with stuff he found on the sidewalk.

Mayor Kim Janey held a press conference in Allston on Wednesday. She tweeted she was with neighborhood liaisons welcoming moving students.

“Thank you to inspectors and everyone who helped ensure a smooth transition into our City,” Janey wrote in the tweet.

Unfortunately, most items were immediately soaked on Wednesday evening. Showers were consistent throughout the day, but the downpours later in the evening made salvaging and transporting furniture more difficult.

“Damn a rainy Allston Christmas is pretty tragic,” another person tweeted. “So many wasted pieces of upholstery that would be snatched up but who… wants a rained on couch”

“Chaotic is a good way to put it,” student Sammy Macuber told 7 News. “A little horrifying but fun.” 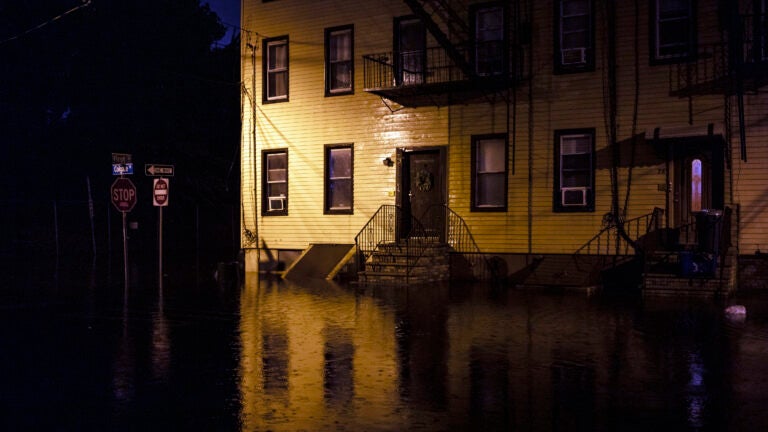 Why was Ida so devastating as it flooded the Northeast?