NEW YORK (AP) — “How can something like this happen?”

The plaintive question posed by a Queens resident whose neighbors drowned was on the lips of many after the remnants of Ida furiously swept through the Northeast.

Several dozen people — from Maryland up to Connecticut — were killed Wednesday night and Thursday morning. Elected officials expressed shock at the severity of the deluge, but the National Weather Service as early as Monday had cautioned that Ida could bring flooding to the New York City area. By Tuesday, the National Hurricane Center had increased the urgency of the warning, heralding the potential for “significant and life-threatening flash flooding” and river flooding throughout the region.

So, why didn’t anyone see it coming?

Well, some did. Over the weekend, National Weather Service Director Louis Uccellini and other meteorologists started seeing an eerie similarity to 1969’s Hurricane Camille, which killed more than 100 people in Virginia with 20 inches (50 centimeters) of rain long after making landfall in Mississippi.

“We collectively were aware of this possibility. These discussions were started even before the storm made landfall in Louisiana,” Uccellini told The Associated Press.

Despite this, the press conferences and loud warnings from public officials that accompanied storms like Sandy or even last month’s Henri were mostly absent until the brunt of the storm was upon the region.

“I know that today, many people in Pennsylvania are hurting. We experienced a historic storm here all across the commonwealth,” Gov. Tom Wolf said at a news conference Thursday. “A lot of Pennsylvanians will be dealing with very hard emotions today.

Flash flood emergencies — which are pushed to cellphones — are the most extreme alert the National Weather Service has, reserved as an 11th-hour attempt to get people to seek safety after catastrophic flooding has begin. But many in harm’s way in New York didn’t flee, whether because of the time of day, the lack of warning by government officials, the lack of resources to find shelter — or a a disregard of the many alerts that filter through cellphones on a daily basis.

Asked how last night’s subway disruption and the deaths of at least 11 people in New York City could have been prevented, city and state officials stressed the unprecedented amount of rain that fell between about 8:50 and 9:50 p.m. and the grim reality of climate change.

Mayor Bill de Blasio said initial estimates indicated a minimum rainfall of 3 inches (8 centimeters) over the course of the day — but more than 3 inches fell in just one hour, breaking a city record.

“Records were broken, but what is fascinating is that the records that they broke were literally set a week before. That’s what we’re dealing with now, my friends,” New York Gov. Kathy Hochul said during a Thursday briefing. “People have been warning for decades that the effect of climate change and what it would do to our communities. It’s happening right now. It is not a future threat.”

City Council Member Justin Brannan, a Brooklyn Democrat, said it’s not that the sewers were poorly designed — “the problem is they were designed 100 years ago,” he tweeted.

De Blasio touted a $2 billion investment in fixing sewer problems and other infrastructure issues in southeast Queens in the wake of Superstorm Sandy, but said much more needs to be done to temper deadly flooding throughout the city. The city has until September 2022 to spend federal disaster relief funds from Sandy.

“This is a tragically, very longstanding problem. And one of the things that became clear was we were going to have to make an extraordinary investment to address it. That investment is having impact, but it’s not complete,” he said.

De Blasio criticized meteorologists’ predictions as “projections that then are made a mockery of in a matter of minutes.”

“Nearly a decade after Sandy, after a lot of planning and effort at the state and local level on resilience to extreme weather events, one might have hoped, in an alternate reality (where, for example, the MTA weren’t chronically under-funded), that we might have seen a bit more progress on keeping water out of the subways, for example,” Sobel said in an email.

Hochul outlined her first priority: “Here’s what we need to do, we need to identify the areas where we have vulnerabilities on our streets, where the drainage systems are not functioning properly, and they’re close to the entrance of a subway, and we need to be able to fix those first so we don’t get a situation where the drainage system, the sewer system can’t handle the volume. And then the water just creates a river down the steps and into the subway system.”

“People are ready but are the infrastructure ready for the magnitude of these storms?” Uccellini said. “It doesn’t appear to be that way.”

Gov. Phil Murphy said New Jersey, which saw a major tornado in the south and fatal flooding in the north, is perhaps the most susceptible state to climate change.

“These things are coming more frequently, they’re more intense, sadly more deadly and we’ve got to update our playbook,” Murphy told “Good Morning America” on Thursday. He acknowledged later that officials would reassess to see what they could do better about warning people.

De Blasio questioned whether people themselves were truly ready, especially as watches and warnings didn’t indicate the true ramifications of the storm until Wednesday evening. 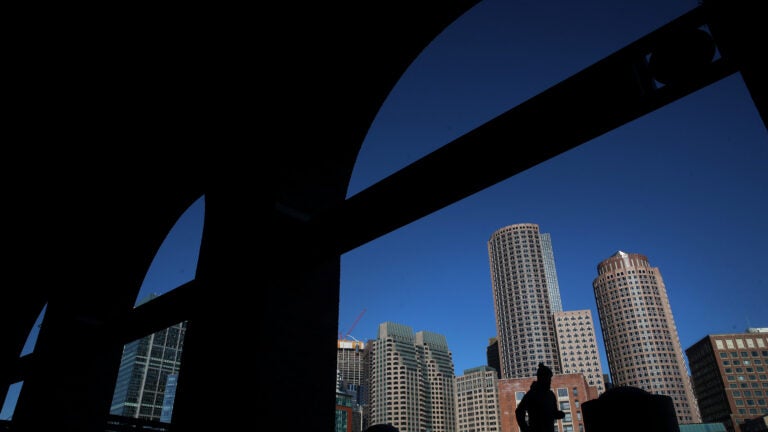