Thirty-three purebred Persian cats are ready to be adopted after being surrendered to MSPCA-Angell last month from a home in central Massachusetts, according to the animal welfare organization.

When they arrived at the center on Aug. 23, the cats “were matted and dirty” due to the cluttered and crowded condition the house was in, according to MSPCA-Angell. Most of the cats were suffering from upper respiratory infections and required major dental work.

MSPCA-Angell said the cats’ owner had been left with the 33 animals after their primary caregiver passed away.

“He quickly realized he could not meet their needs and agreed to surrender the cats to our adoption center,” Tom Grenham, director of the MSPCA’s Law Enforcement division, said in a press release.

The owner will not face charges.

The cats, which are a highly desirable breed that rarely turn up at adoption centers, are between five to 12 years old, MSPCA-Angell said. Since they were surrendered, they have received treatments and been groomed at the adoption center.

“Many of these were previous show cats, with at least several imported from Italy,” Mike Keiley, director of adoption centers and programs at MSPCA-Angell, said in a statement.

Persian cats, distinguished by their round face and short muzzle, have long hair that needs to be maintained and kept neat, according to the nonprofit. They are typically a sociable and friendly breed.

“These cats might be in need of a lot of upfront and ongoing care, but they are stunning and we are hoping to identify adopters that are excited to bring one home and willing to aid them in their recovery journeys,” Keiley said.

Those who are interested in adopting one of the cats are encouraged to apply online to meet the felines at mspca.org/nevinsadopt. 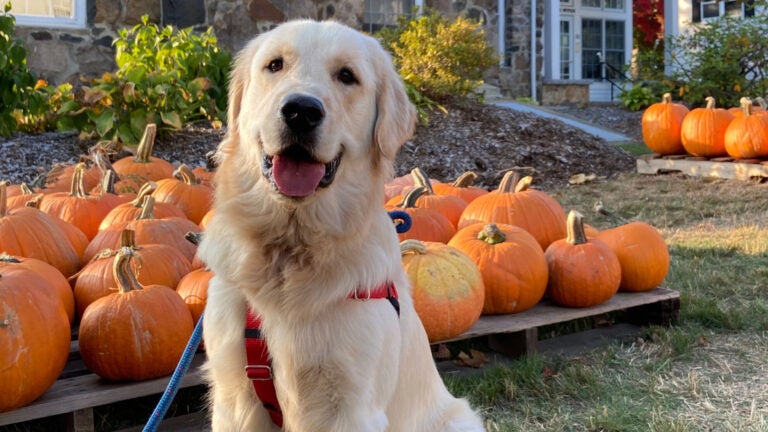 Did you adopt a pandemic pet? Tell us about your furry friend.