Twenty years from the day that changed America forever, solemn ceremonies and remembrances will be held across the city to mark the moments when thousands of citizens lost their lives in an attack against the nation.

Families of Sept. 11, 2001, victims will join state and city officials at the JFK Presidential Library for the state’s annual commemoration of the terrorist attacks.

During the private ceremony, which will include the lowering of the flag and a moment of silence, the names of all 206 victims with a connection to Massachusetts will be read aloud.

The service will also include the presentation of the 2021 Madeline Amy Sweeney Award for Civilian Bravery, a family montage, and a keynote speech from former Gov. Jane Swift.

While the ceremony is by invitation only, the full service, beginning at 8:30 a.m., will be livestreamed for the public through the Massachusetts 9/11 Fund’s website.

At Logan Airport, where American Airlines Flight 11 and United Airlines Flight 175 departed from on that fateful Tuesday morning en route to Los Angeles, TSA officials will pause to hold a moment of silence at 8:46 Saturday morning, the exact time that Flight 11 crashed into the North Tower of the World Trade Center in New York City.

The TSA Honor Guard also takes part in the ceremony.

“It’s an important ceremony for us to hold, and to remember,” said Daniel D. Velez, spokesperson for TSA New England Region.

While the 20th anniversary is a “significant milestone” to reach, Velez said TSA pauses each year to mark the tragic day and will continue to do so.

“Every single year it’s an important reminder why TSA is there and what can happen if we’re not always looking for emergent threats.”

“It’s a moment in our history, and aviation history, we’ll never forget,” he added.

In Brookline, a Remembrance Ceremony at Fire Station No. 5 on Babcock Street will honor all the victims of the attacks, but also pay special tribute to the eight lives lost who had a connection to the town.

Peter Moyer, whose brother was a New York City firefighter and lost his life at Ground Zero that day, will address the gathering. Relatives of the other local victims will also be involved in the program, which begins at 9 a.m. The event will also be offered virtually.

Bernard W. Greene, a member of the Brookline Select Board and an organizer of the event, said this year’s ceremony will also pay tribute to the “first first responders” of an emergency — the dispatchers who first answer the calls for help. They are the individuals who give CPR instruction over the phone, or talk someone through the steps of labor and delivery, or help a victim escape a fire, Greene said.

Oftentimes, the actions a dispatcher must take can be trauma-inducing, he added, and organizers want to honor their sacrifice.

Greene said the ceremony will share the message that Brookline is welcoming to all and will not stand for hatred or violence against any group.

“Many of the victims of terrorism are Muslim,” Greene added.

As the nation marks the 20th anniversary, Greene said he’ll take time to reflect on the end of the war in Afghanistan, noting that the war against terrorism continues.

“Twenty years is a long time but it’s finally over,” he said.

While many of us will take a moment to recall where we were when we heard the news of the attacks, for some participating in remembrance events, they have no actual memory of the day. For them, Sept. 11, 2001, is another history lesson.

About 150 eighth-graders and high schoolers will join in the National Day of Service and Remembrance project, organized each year by the non-profit Mass. Military Heroes Fund, which supports families of military personnel with ties to Massachusetts who have died as a result of active duty service after Sept. 11, 2001.

The actions not only honor the events of Sept. 11 but also reflect the spirit of volunteerism that swept the country in the aftermath of the attacks.

As time passes, Nealon said, the task of keeping that history alive and remembering the legacies of those lost becomes “more and more important.”

“The bereaved families I work with are incredibly moved and touched when a young person takes the time out of their day to remember their loved one,” Nealon said. 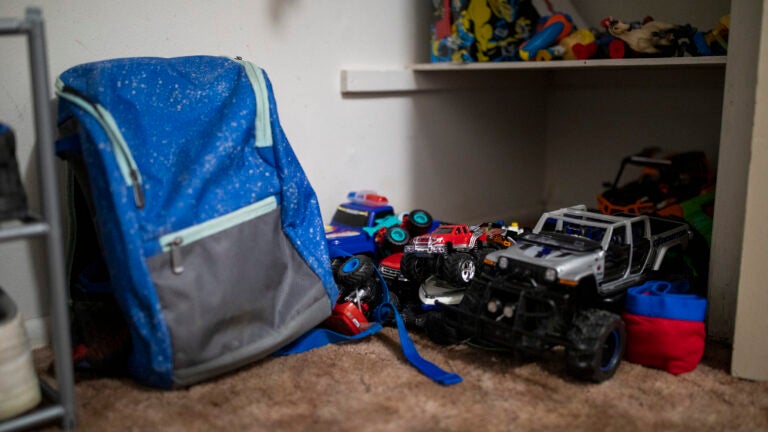 A son was lost, a daughter saved