Following a traffic stop and foot chase on Saturday night, police arrested a Boston man on gun charges and traffic violations, according to a statement from Boston police.

According to police, officers were on patrol around 10:19 p.m. near Harvard and Wales streets, when they saw a vehicle with a broken tail light.

They stopped the car and asked the driver, later identified as McKinney, for a license, but McKinney could only provide a learner’s permit, according to the statement.

Police say they saw McKinney make several quick movements to the area underneath his seat, and advised him multiple times to keep his hands visible.

Fearing the presence of a weapon, officers told McKinney to step out of the vehicle, according to the statement.

Police say McKinney then tried to place the car in gear and flee the scene, but was unsuccessful, so he tried to flee on foot.

Following a foot chase, officers captured McKinney without further incident, according to police.

During a search of the car, police say they discovered a fanny pack under the driver’s seat containing a gun reported stolen from Miami in 2017.

Police identified the firearm as a Springfield XD-S 45 caliber, found with one round in the chamber and six rounds in the magazine.

McKinney is expected to be arraigned in Dorchester District Court. 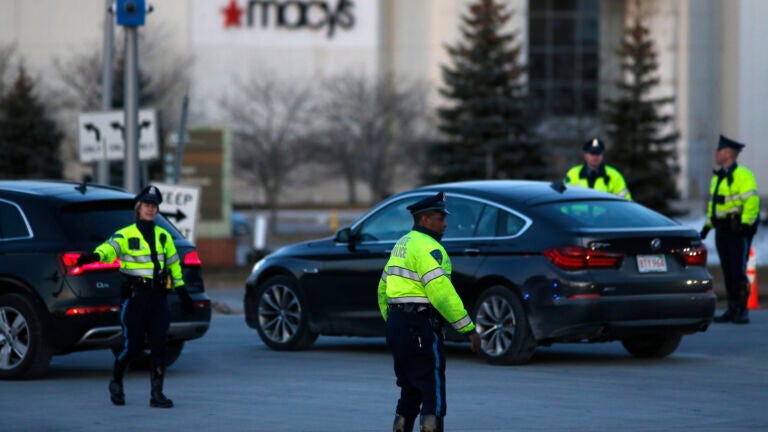