A Somerville mother wants to see the police report filed when her son, then 6-years-old, was accused of touching a classmate’s buttocks in 2019. The Department of Children and Families has agreed to expunge its records, but Somerville recently filed a lawsuit to keep the police report secret.

The boy’s parents, Flavia Peréa and Sean Roberson, have been working to understand what exactly happened that day and erase their son’s record — as no person under 12-years-old in Massachusetts can be criminally charged. The Boston Globe first reported on this story in February, and noted the incident raises questions about police involvement in schools and racial bias in handling these situations, as Peréa’s son is Black and Latino and his classmate is white.

Peréa told the Globe she was thrilled to hear that DCF will expunge her son’s records.

“It’s confirmation my son’s case was mishandled by the school and it shouldn’t have been reported to child welfare,” she said.

She was, however, frustrated that Somerville is not making the police report available.

“They must be hiding something if they are this adamant about keeping it secret,” she said.

According to a lawsuit filed Sept. 1, the Peréa/Roberson attorney formally requested the report on Dec. 19, 2019. The city responded the following day noting that the record would be withheld on an exemption based on Massachusetts General Law Chapter 41 Section 97D, which deals with the “confidentiality of reports of rape, sexual assault and domestic violence.”

Peréa appealed the denial, and on June 22 the state’s Supervisor of Public Records ruled that Somerville applied the exemption too broadly.

“While portions of the responsive incident report may fall under Exemption (c), it is uncertain how the record can be withheld in its entirety. The city must explain whether segregated portions of the report can be provided,” the supervisor wrote. “Any non-exempt, segregable portion of a public record is subject to mandatory disclosure.”

Based on Globe reports, Somerville officials have continuously defended their response, saying state law requires them to report all allegations of sexual misconduct. Peréa, however, argues the incident couldn’t constitute sexual misconduct because her son was too young to be sexually aware. She told the Globe that DCF’s willingness to expunge her son’s records underscores this.

“I can’t imagine that the legislature in the state of Massachusetts imagined two little kids in their classroom … them being subject to a law that is intended to protect victims of violent sexual offenses from sexual predators,” Peréa told WBUR. “I don’t believe that at all.”

Though the Supervisor of Public Records asked for an explanation from Somerville in June, the city appealed its request. In July, the Supervisor of Public Records reiterated its request for an explanation within 30 days, but Somerville’s lawsuit alleges that the state office sent the updated request to the wrong email address, so Somerville only received it on Aug. 30 and should therefore still have 30 days to comply.

With the DCF records expunged, Peréa is continuing to fight for the police report to be made public and expunged as well.

“Basically, the city wants to go to court because they want to treat my son, now a third-grader, like a criminal,” she told the Globe. “I think for the rest of my life I will be scared of school to a certain degree.” 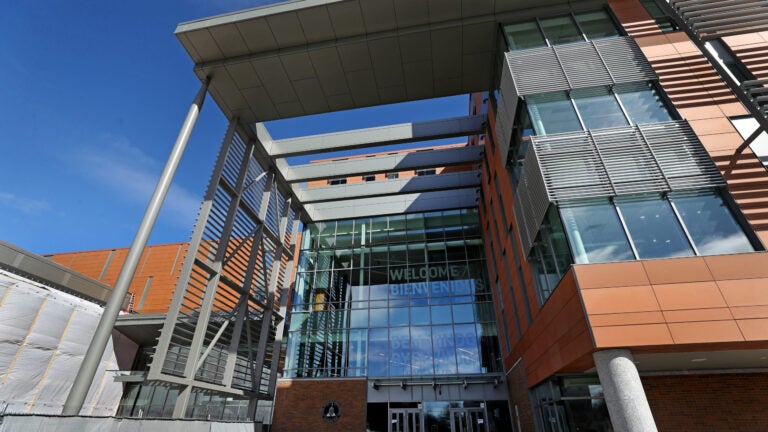