The driver of a tow truck has died after his vehicle crashed on I-495 northbound near Exit 50 in Milford, and was partially dangling over a bridge.

State police were called to the scene of the one-vehicle crash around 11:25 p.m. Wednesday. There, they found the truck partially hanging over the bridge above Route 16, according to a press release.

The driver of the truck, a 24-year-old man from Taunton, was taken to Milford Hospital and pronounced dead. The passenger in the truck, a 20-year-old Berkley woman, was also taken to the hospital with injuries believed to be minor, state police said.

Via investigation, authorities believe the Freightliner truck was headed northbound on the highway when it left its lane, hit the median guardrail, and went up over it, leaving the truck partially hanging off the bridge. Authorities are investigating the circumstances of the crash, including if speed or inclement weather were factors, the release said.

The truck had leaked fuel onto the road, which was cleaned, and the vehicle was towed. The highway reopened Friday morning, state police said. 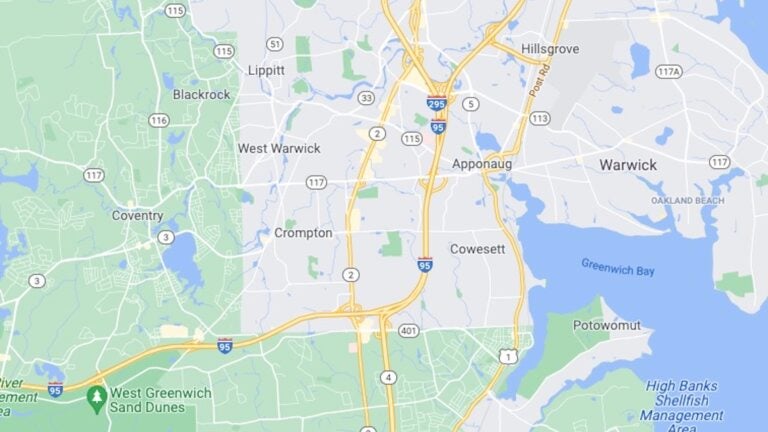