BOSTON (AP) — A Massachusetts woman who helped save a drowning man this summer has been awarded a civilian bravery award honoring a local flight attendant who died during the 9/11 terrorist attacks.

Annette Szivos, of Gardner, received the Madeline Amy Sweeney Award for Civilian Bravery in a ceremony at the John F. Kennedy Presidential Library and Museum in Boston on Saturday, the 20th anniversary of the attacks.

Szivos had been at Dunne State Park in Gardner with her grandchildren on June 23 when she jumped into the water to help bring a drowning man to shore. The Vietnam vet had suffered a medical episode while fishing, lost his balance, and fell into the water.

“Annette is an example of what it means to be a hero,” said Lt. Gov. Karyn Polito, who bestowed the award. “Her selflessness is a great reminder of the bravery displayed by ordinary citizens as we remember those who did the same on Sept. 11.”

Sweeney was a flight attendant on American Airlines Flight 11, one of two aircrafts departing from Boston that terrorists hijacked and crashed into the World Trade Center in New York in 2001.

The Acton resident contacted airline officials to convey critical information about the hijackers and their actions before the plane crashed.

Visit A buyer snapped up this tilted Vt. home only days after it listed 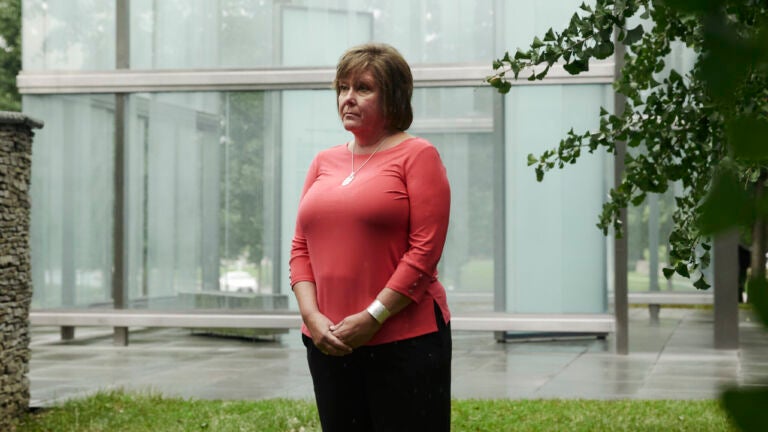 After the 9/11 attacks, Boston found a focus for its anger