BOSTON (AP) — A retired flight attendant who has been pushing an airline beverage cart from Boston to New York City for days in honor of the flight crews who died on 9/11 arrived at Ground Zero on Saturday to mark the 20th anniversary of the terror attacks.

Paul Veneto announced his arrival by posting a picture of himself at the World Trade Center memorial with the phrase “Journey’s End” on his Facebook page.

The 62-year-old Braintree resident set off by foot on the 220-mile (354-kilometers) journey from Boston’s Logan International Airport to Ground Zero in late August, with the goal of arriving there for Saturday’s commemoration.

Veneto had been a regular staffer on United Flight 175′s Boston to Los Angeles route but had taken the day off on 9/11. He’s said the survivor’s guilt triggered a 15-year prescription drug addiction.

Veneto decided to embark on the walking journey, which he dubbed “Paulie’s Push,” in order to honor the pilots and fellow crew members who died.

A glass memorial at Logan International Airport that sees few visitors pays tribute to them and the others lost aboard the two jetliners. 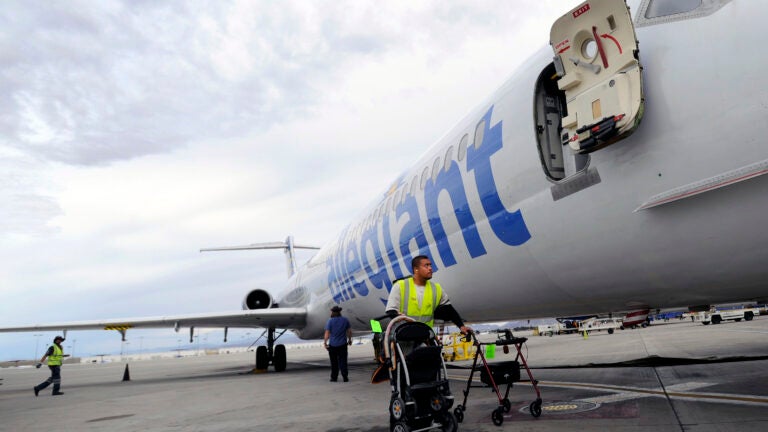 Passengers helped off plane after rough landing at Logan Airport