The sight of a large plane accompanied by two fighter jets over MetroWest on Sunday — apparently a part of the Patriots’ opening game festivities — unnerved some residents amid the 9/11/01 20th anniversary weekend.

NBC 10 Boston reports Flightaware, a flight tracking service, showed the plane departed Portsmouth, New Hampshire around 2:28 p.m. and landed at 4:52 p.m. at the Portsmouth International Airport at Pease, where the Pease Air National Guard Base is located.

The planes apparently circled the MetroWest area several times, according to the news station, and eventually flew towards Foxboro before circling back north.

The altitude of the large plane dropped as low as 1,500 feet at one point after hanging around at 3,000 feet for a duration of the flight, NBC 10 Boston reports.

On Sunday evening, the Patriots tweeted a photo of planes flying over Gillette Stadium, where the team took on the Miami Dolphins, appearing to be the same aircraft and in the same formation as the planes seen in photos posted from around the region on social media.

The low altitude startled some residents. Others criticized the choice of a what appeared to look like a passenger jet and the timing of the flyover, just a day after the anniversary of the terrorist attacks.

“It was very scary, with no warning, the day after Sept 11th, and SOooooo low was a bad oversight on whomever was in charge of that,” one person wrote on Twitter. “I literally thought a plane was going down into the residential area, my husband started praying.”

Framingham police wrote on social media that the department received calls about the planes.

“Playing ‘Is Boston under attack or is it just a flyover for the Patriots game?’ is a really fun way to pass the time on fall Sundays,” one Framingham resident wrote on Twitter.

Another Twitter user wrote the display was “very bad taste, whoever selected these planes for the Patriots flyover.”

“This could have been a trigger for anyone that lived through 9/11 or lost a loved one,” the person wrote. “Terrible choice of planes.” 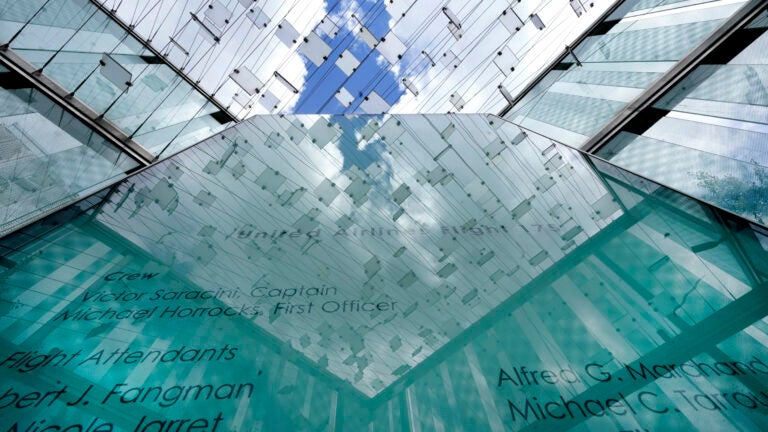