A public wake and memorial for the U.S. Marine Sgt. Johanny Rosario Pichardo, who was killed in a suicide bombing in Afghanistan last month, is scheduled to take place Tuesday.

Following the public visitation, which will take place from 11 a.m. to 2 p.m., eulogies will be presented, before Rosario Pichardo will be buried in Bellevue Cemetery in her hometown of Lawrence.

Family members, military personnel and politicians were among those present to pay their respects as the body of 25-year-old Pichardo returned to Boston Logan International Airport Saturday.

“We will never forget her name,” Lawrence Mayor Kendrys Vasquez said afterward. “We are proud to have her home.”

Following her return, hundreds of people came out onto the streets and highways as the hearse proceeded through Lawrence.

“This has been a long time coming for this family. This has been very difficult days, sleepless nights,” said Francisco Urena, a former state veterans affairs commissioner who has been helping Rosario’s family following her death. “But the city of Lawrence came together to ensure that this young Marine sergeant and her family are not alone during this time.”

Rosario Pichardo was one of the 13 service members and among the approximately 169 Afghans who were near the Kabul airport trying to evacuate the country when the attack occurred. All of the service members killed in the bombing were awarded the Purple Heart. 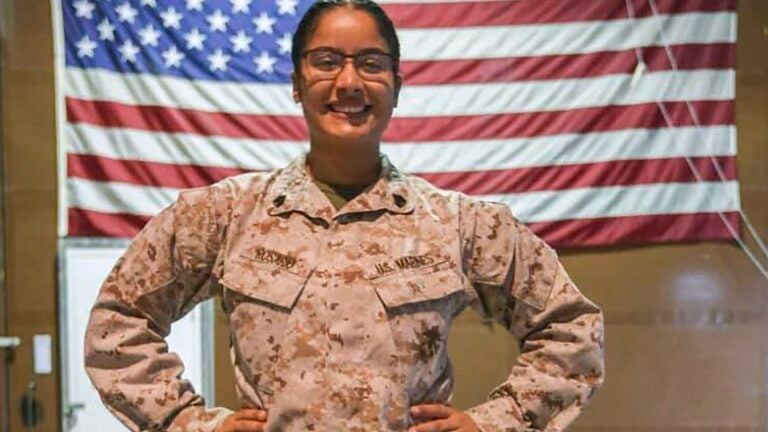