CANTERBURY, Conn. (AP) — A Connecticut woman and her adult daughter have been charged with trespassing and other crimes for entering the U.S. Capitol during the Jan. 6 riot by supporters of then-President Donald Trump, federal authorities said.

Jean Lavin, 56, and Carla Krzywicki, 19, of Canterbury, were arrested Tuesday after an unidentified tipster told the FBI that Krzywicki had posted two photos on Facebook of her and her mother outside the Capitol and of the scene inside the building, according to court documents.

Both were released without bail after a hearing in federal court in Hartford. Their case was transferred to U.S. District Court in Washington for a remote hearing on Sept 21. They were charged with entering or remaining in a restricted building, disorderly conduct and parading, demonstrating or picketing in a Capitol building.

Messages were left Wednesday for Lavin’s public defender and for Krzywicki.

More than 600 people are facing federal charges in the riot that injured dozens of police officers and sent lawmakers into hiding. Five people eventually died, including Trump supporter Ashli Babbitt, who was shot and killed by police. Several police officers later took their own lives.

The mob stormed the Capitol and tried to stop the certification of the election victory for President Joe Biden.

After getting the tip about Lavin and Krzywicki, the FBI found other photos and video showing them in the Capitol and wearing clothing items supporting Trump, court documents say.

Lavin told investigators that she and her daughter entered the Capitol out of curiosity and just wanted to look around, the FBI says.

Four other Connecticut residents have been charged in the Jan. 6 Capitol breach. 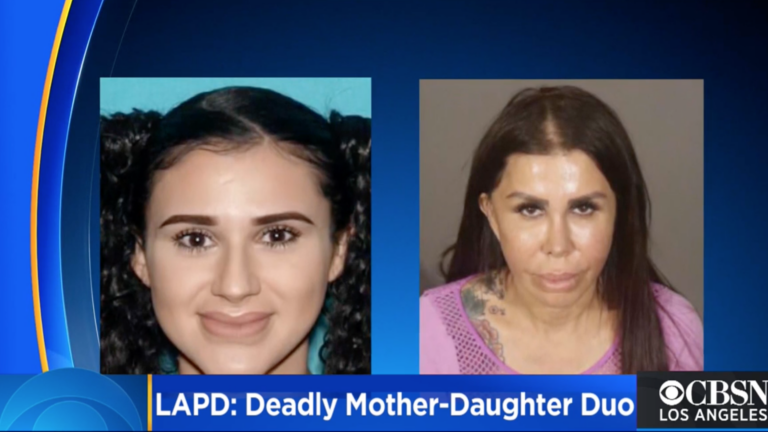 A mother and daughter gave a woman illegal buttocks injections, police say. She died at 26.