Boston police are investigating after at least two banks were robbed within 10 minutes of each other Friday morning in the North End, WCVB reports.

According to the station, the suspect hit Citizens Bank and Santander Bank, both on Hanover Street. Police responded to the scene around 9 a.m.

Witnesses told WCVB that the suspect also attempted to enter Century Bank on Hanover Street before he fled toward Haymarket.

Boston police described the suspect as a Hispanic man in his 30s wearing a red jacket and black mask, according to the station.

Sources told 7News that the man had “nonchalantly” walked into the three banks in broad daylight, demanding money.

Police told 7News they are unsure whether the suspect was armed and the robberies remain under investigation.

No one was hurt in the incidents, and all three banks have been reopened, according to the station. 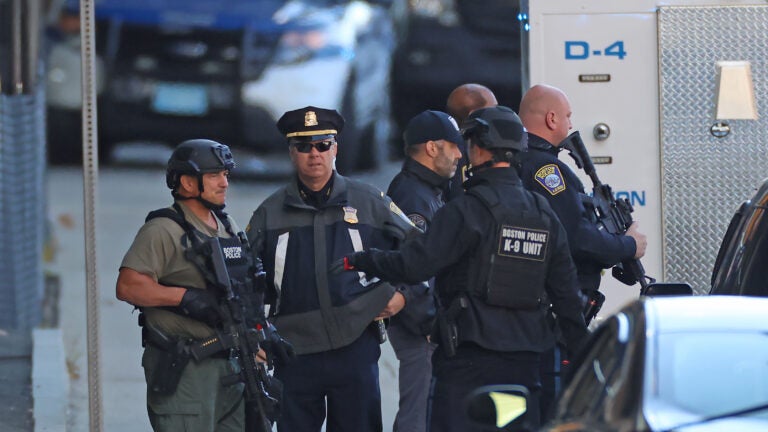 Police engage in 7-hour standoff with suspect in South End