On Wednesday, protestors will once again don bridal gowns and demonstrate at the Massachusetts State House in Boston to bring attention to child marriages, which state law allows minors of any age to enter even though they can’t file for divorce until age 18.

Massachusetts is one of several states that has no minimum marriage age for minors when exceptions are taken into account. Most other states have at least a minimum age for marriage with parental consent.

New York recently joined Rhode Island, Pennsylvania, Minnesota, New Jersey, and Delaware to become just the sixth state to ban marriage for those
under the age of 18.

Attempts to institute a minimum marriage age in Massachusetts have all failed.

Advocates say that much like in the rest of the country the issue is not so much a partisan problem, but a lack of a priority for state legislators.

In 2020, a bill prohibiting marriage before age 18 unanimously passed in the state Senate, but did make it out of the state House of Representatives. Since then, 14 petitions for child marriage were filed in courts around the commonwealth, said state Rep. Kay Khan.

Khan, a Democrat from Newton who has worked on the issue for years, reintroduced a bill in January that is currently before the Joint Committee on the Judiciary. A hearing is expected in November and she hopes for a final vote next spring.

“Priority makes a difference and I’m hoping that this will get priority,” Khan said. “It’s really considered human rights abuse not to get this bill done.”

Massachusetts resident Jenn, who prefers to keep her last name private to protect her children’s privacy, said she was only 14 years old when she met a 40-year-old man whom she wed two years later in Florida with her parent’s consent.

Her family didn’t have much money and he promised to take care of her, she recalled.

Fraidy Reiss, founding director of Unchained At Last, a nonprofit working to end forced and child marriage, says many such marriages she’s seen are initiated by parents, largely because of a daughter’s unwed pregnancy and the shame they associate it with.

“It’s not strangers grabbing minors off the street and forcing them to marry,” said Reiss. “In fact, that’s the process in Massachusetts. A minor’s marriage happens only if a parent initiates the process and a court approves it.”

Another growing problem Reiss sees in Massachusetts and elsewhere is girls being wed to men in foreign countries for visa purposes to ultimately gain U.S. citizenship.

Nearly every state technically prohibits people younger than 18 from marrying, but each jurisdiction has exceptions to these laws, according to Pew Research Center.

Minors in the Bay State can marry with parental consent and a judge’s order. They do not need an attorney and there are several exceptions to parental approval. Judges have wide discretion over petitions, but are not required to conduct an investigation.

According to a study by Unchained At Last released in April, nearly 300,000 minors were legally married between 2000 and 2018 in the United States. In Massachusetts, an estimated 1,246 minors were married during that same time period. About 83% were girls wed to adult men.

It wasn’t until 2000, when Jenn was 21 years old, that she was able to escape what she described as a controlling marriage by secretly joining the Navy. She was granted a divorce in return for agreeing not to seek child support, she said.

She has since remarried, raised two sons, and earned a GED before becoming an advocate to end child marriage.

“I don’t know if we’ll scream loud enough that people will pay attention to us. There are a lot of issues going on right now,” she said. “But it’s so simple, so easy and you’re just saving people’s lives.” 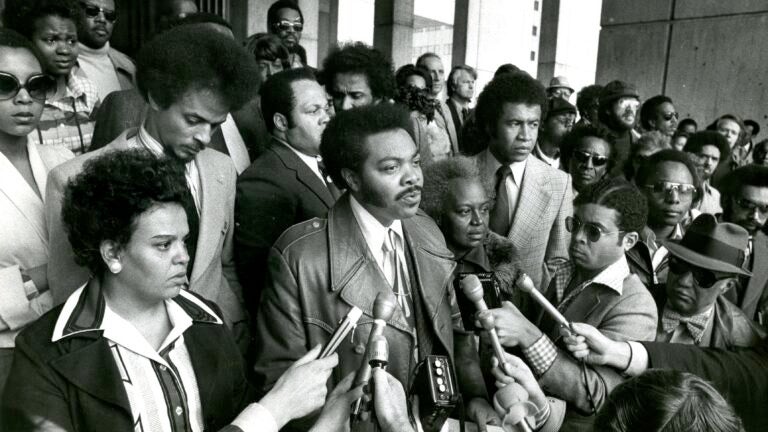