Less than 24 hours after beating the New York Jets on Sunday afternoon, New England Patriots safety Devin McCourty was on the steps of the Massachusetts State House — this time playing offense.

In a rally Monday, the Patriots captain joined activists calling on Gov. Charlie Baker to commute the life sentence of William Allen, a Brockton resident who has spent the last 27 years in prison, to give him a chance at life outside bars.

“I hope and pray you decide the best place for him to lay his head is outside of prison,” McCourty said Monday, quoting the words of civil rights activist Bryan Stevenson that “Each of us is more than the worst thing we’ve ever done.”

Allen was convicted of first-degree murder and given a life sentence in 1997, after he participated in an armed robbery in 1994 that resulted in the death of 42-year-old Purvis Bester. While his friend Rolando Perry was the one who stabbed Bester, Allen was still convicted for felony murder as a “joint venturer,” meaning he was present and participated in the crime that led to the killing.

Ironically, however, it was Allen who got the longer jail sentence.

Perry took a deal to plead guilty to second-degree murder and was ultimately released on parole in 2011.

Allen has since taken responsibility and apologized for his “reckless” actions. And last week, the state’s Advisory Board on Pardon voted unanimously for the second time to recommend commuting Allen’s sentence to second-degree murder, citing his “exceptional strides toward self-improvement and self-development.”

The board called Allen a “model inmate,” who once intervened to stop a fellow inmate from attacking a female correctional officer in 2011. The board’s recommendation also noted that Allen has continually worked while incarcerated, including in a program to help mentally ill patients, and earned a degree in barbering.

Zero people spoke up or submitted letters in opposition.

A commutation would likely allow Allen, now 47, to be released on parole. It would also be a first for Baker, who has never commuted a prison sentence during his nearly seven years in office.

The Republican governor, who is the ultimate authority in the commutation process, told reporters Monday afternoon that the board’s recommendation will head next to his legal office, but declined to take a position.

“Anything that involves a decision like that is going to go through our legal office,” Baker said, according to the State House News Service.

McCourty said he first learned about Allen’s case in 2020 and met him during a Zoom call in April 2021. After an “uncharacteristically tough” Patriots season and the loss of a child, McCourty said that hearing about Allen’s efforts to help others “helped me lift myself out of a dark year.”

“What he talked about with me was a hope and a dream to have an opportunity to steer young people away from making the same mistakes he had made,” McCourty said Monday. “He wants to be a difference maker.”

Reading from a prepared letter to Baker, the politically active defensive back took a light-touch approach.

“I wouldn’t want to try to tell you how to do your job, which you’ve been doing a decent job at,” McCourty said. “I just want to make sure you knew more about William, and you had the opportunity to get to know his story, the same way I’ve gotten to know his story, so maybe you can see his purpose and maybe he’ll be a source of inspiration for you, like he’s been for me.” 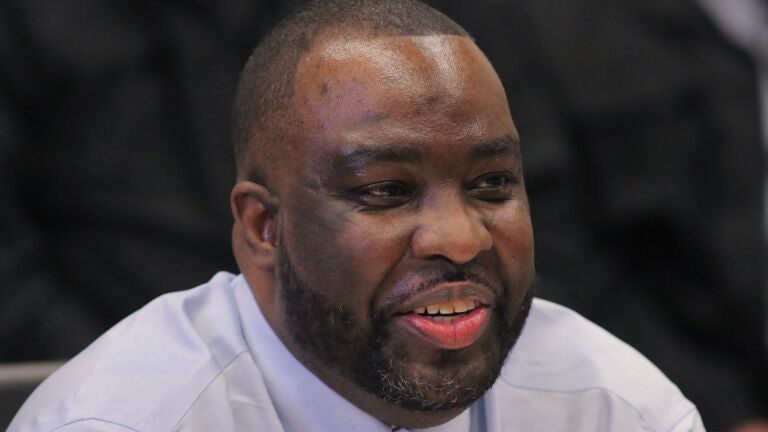