Immigrant and refugee groups in Massachusetts are preparing for as many as 1,000 Afghan evacuees who fled their Taliban-controlled homeland to resettle in communities across the commonwealth, although when, exactly, remains unclear.

State Department data obtained by the Associated Press projects the Bay State will receive up to 900 people out of the first round of evacuees resettling from the war-ravaged country, but that estimate is expected to be a bit low, according to Emma Tobin, chief program officer of the International Institute of New England.

“There are about 37,000 Afghan humanitarian parolees that the nationwide resettlement network has said they have the capacity to resettle, and there are a lot more than 37,000 humanitarian parolees that need to be resettled,” Tobin told Boston.com on Monday. “So I think if we do the math, we can kind of guess that every city and town that’s taking these folks in will end up taking out a greater number than it’s planning on right now.”

Humanitarian parole is a seldom-used program that allows parolees to enter a country without a visa due to an urgent humanitarian situation. Parolees are given temporary status to enter, but will ultimately need to change their status to remain in the United States, Tobin said.

They could, for instance, later claim asylum, granting them essentially the same status and rights as a refugee, although that process is much longer and more extensive, she said.

In the short term, parolees — the avenue which most Afghans who have arrived in the United States in recent weeks have used — do not receive the same scope of medical and other resettlement services that are available to immigrants who are designated as refugees.

Some Afghans have entered the country through the special immigrant visa program, though that program can leave applicants waiting significant lengths of time.

Overall, about 1,660 evacuees could soon make New England their new home, the Associated Press determined, including 100 in New Hampshire and 150 in Rhode Island.

Currently, evacuees are living on eight military bases in the United States, where they are completing processing procedures.

But when exactly evacuees will be making Massachusetts their home is not yet known, Tobin said.

Processing could take weeks or even months, she said.

Delays could be spurred by the halt in evacuation flights from Afghanistan earlier this month after four Afghans were initially determined to have measles after arriving in the United States.

Last week, State Department spokesperson Ned Price told reporters the federal government’s timeframe is “as quickly and efficiently as we can.”

“We know there are communities across this country and resettlement agencies across this country that are looking forward to welcoming our country’s newest residents, to incorporating them into their communities, and to showing them all that this country and that American life has to offer,” Price said. “So it is not in our interest, it’s not in their interest for them to reside on a U.S. military base or any other official installation for any longer than is necessary.”

Typically, refugees who are resettled in Massachusetts and New Hampshire by the International Institute of New England are processed at overseas refugee camps and the IINE arranges for their pickup at the airport once they arrive in Boston, Tobin said.

The organization usually has a furnished apartment ready-to-go, and spends three months connecting a family to services such as schools, any public benefits they are entitled to, health care, and job search preparation, among other supports, according to Tobin. From there, refugees then enter a less-intensive case management period, with services overseen by the IINE for several years.

With processing now occurring stateside in military bases, the IINE is now facing an unusual scenario.

Given the parolee status, Tobin said the IINE will be providing all of its same services “but under a different contract and with different types of benefits” than those with refugee status.

To prepare, IINE is currently stepping up its fundraising efforts to be in a position to add more staff to take on the work ahead, according to Tobin. The organization is also working with its community partners to collect home goods and other items evacuees will need once they arrive.

Evacuees will live temporarily at the homes of IINE volunteers, who are now being mobilized and undergoing training.

“We have an active volunteer program, but this is kind of amping that up to the next level,” Tobin said.

The IINE will be resettling individuals around the Boston area and in Lowell, and is working to expand into New Bedford, according to Tobin. Evacuees could resettle in other areas of the state, though those operations are handled by other resettlement programs local to those regions, she said.

IINE is among several local organizations currently raising money to help provide for evacuees as they adjust to life in the United States, since most will not be immediately eligible for government assistance, according to its website.

Tobin said the IINE is also looking for volunteers to assist in the transition and in-kind gifts.

Worcester-based Ascentria Care Alliance, which supports families in poverty and in transition, is also raising money to cover the cost of housing, legal assistance, and living essentials.

The organization has seen a “groundswell of community support throughout New England” to help resettle the evacuees, its website says.

Additionally, Catholic Charities of the Archdiocese of Boston is raising money alongside the Combined Jewish Philanthropies of Greater Boston to support arriving evacuees. The group has outlined several ways the public can help, from monetary and service or gift donations to opening their homes to those who fled from the Taliban.

The sentiment, however, could be fleeting.

“The poll found that a historically large majority of Americans approve of resettling Afghan refugees in the United States, but that number could decline as the political fight heats up,” NPR reported at the time.

Tobin said she often encourages people to consider the inherent value evacuees and refugees add to the country, from the economy to its culture.

“The thing I like to emphasize is that for anyone to have made it to this point, they’ve already demonstrated remarkable resilience and ability to work their way through a system,” Tobin said. “It’s not easy. Refugee resettlement doesn’t happen to you. You have to take many steps and advocate for yourself and not to mention, in many cases, experience tremendous trauma and loss.”

She added: “These are people who have already dealt with so much, and then by and large come here and work incredibly hard and contribute to our communities.” 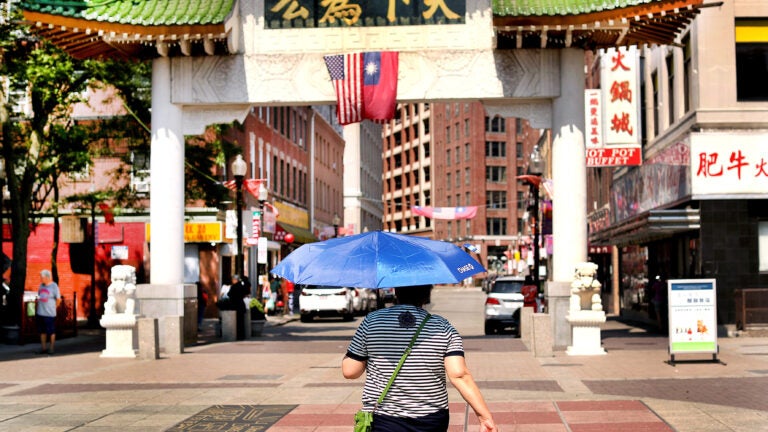 Map: Here’s how hot it may feel in Mass. on Thursday and Friday