On Friday night, a football game between Roxbury Prep Charter High School and Georgetown High School ended early when an altercation broke out among players and coaches.

The Roxbury coaches allege the conflict was instigated by the other team’s repeated use of racial slurs, while some Georgetown attendees say they didn’t hear any. Video from the game doesn’t appear to confirm or refute the allegations. The Georgetown Police Department has assigned a detective to investigate the incident.

“If it’s determined there was any type of criminality relative to that incident I’ll review that with the district attorney’s office,” Georgetown Police Chief Donald Cudmore told Boston.com. “I have not seen any video or audio evidence concerning those allegations, but they are certainly not going to be ignored…we’ll interview people who were there, and we welcome anybody with information to provide it to us.”

With that in mind, here’s what we know so far:

Cudmore estimated around 450 people gathered at Georgetown High School’s field for the game on Friday. Police are always present at games, and that night Cudmore assigned two officers in standard vans to work the event (the Fire Department also sent an ambulance, which is standard procedure).

Roxbury Prep head coach Willie McGinnis told The Boston Globe his players started to report being called racial slurs during the second quarter. At halftime, McGinnis said the coaches spoke to referees and then addressed the team.

“My message to the team was that we need to be better men and not react to the situation,” McGinnis said.

However, the situation escalated in the second half, McGinnis said, with fans harassing his players and staff from behind the visiting bench. McGinnis told the Globe one of his assistants asked fans to step back and was called a racial slur.

The skirmish broke out at the end of the third quarter, when Georgetown was up 44 to 8. When the altercation began, Cudmore said the present officers requested backup and two more officers responded. In a town Facebook group, Georgetown parents pointed out that a man who appears to be a Roxbury coach pulls a Georgetown player from the skirmish and “slams” him to the ground. Boston.com could not confirm the man’s identity with police.

McGinnis said his players were coming to the sidelines with tears in their eyes, saying Georgetown players continued using racist language. At that point, McGinnis asked to call the game, but while waiting to leave the field he said he could hear a chant from the Georgetown players with more racial slurs.

“We have experienced [racism at games] before, but not to this level or degree,” he said. “This was very hostile, very unsafe, and the environment was not suitable for competition.”

When referees declared the game was over, police helped disperse the crowd, first on the field and then in the parking lot and school entrance area as people left. Cudmore said the officers did not observe or break up any physical altercations or fights off the field, and no arrests were made. There were some allegations on social media that police “wagons” were present, which Cudmore denied, saying that Georgetown doesn’t have any as it’s a small town.

“I broke down, I watched racism ruin what’s something that was supposed to be good to them, Friday night lights but instead we were ridiculed, called N bombs by players, faculty, staff, spectators and were taunted all night,” he wrote. “I was approached by police for absolutely no reason. There were reporters wanting to interview us, these same racist people that waited for a reaction. It was all a set up, cruisers and wagons. I’m angry that to this day things like this still happen, feeling powerless in a lose lose situation.”

Hunt’s post garnered an emotional response from both communities. Tim Manning, a Georgetown parent who was picking up his twin boys from the game when he witnessed the skirmish, told Boston.com he doesn’t believe Hunt’s version of events.

Manning said more people would have heard the Georgetown team calling Roxbury players racial slurs, and done something about it. The field is pretty small, Cudmore and Manning said, with only a few bleachers and most people just standing around.

“I know a lot of the kids who go to the game, they wouldn’t say that word to an African American, and I know may of the people in the stands and walking the sidelines, adults — selectmen, coaches, principals, parents — if they heard any kid saying that to that team, they would have went right up to that kid and grabbed him,” he said. “Living here for 15 years, it would not be allowed to rain down on that team like that coach is claiming.”

Manning believes the altercation broke out based on frustration with the score of the game, and said he witnessed no aggression or anger in the parking lot after it ended early.

“The superintendent was there also, and she told me the Georgetown fans were taunting the Roxbury players, and I asked her if anyone heard them say the n-word, and she said no but they were taunting them,” he said. “But that’s part of going to a football game…the home fans kind of ride the team, but I don’t think it was anything out of the ordinary you’d see at any other football game.”

Georgetown Public Schools Superintendent Carol Jacobs put out a statement Saturday noting there was a “physical altercation” Friday involving players from both teams and several coaches, and that the cause and allegations of the use of racially charged language are under investigation.

“I want to clearly state that the Georgetown Public Schools will not tolerate racism in any form and is working with the Georgetown Police Department to investigate this allegation,” she wrote. “The district has reached out to the administration at Roxbury Prep Charter High School in an attempt to gather facts and resolve the issues. There are clearly strong emotions and many different versions of what happened at this game that is swirling around on social media. I ask for calm and patience as we investigate this situation and arrive at a resolution that considers all of the facts and is satisfactory to all parties involved.”

Barbara Martinez, the spokesperson for Roxbury Prep, provided a statement to the Globe.

“Our community is appalled and hurt by what happened in Georgetown last Friday night. Harassment and intimidation in any form is unacceptable, and any racist treatment and lack of appropriate supportive response is disturbing,” she wrote. “We call on the Georgetown district to fully collaborate with us to investigate this incident and to take strong actions to ensure something like this doesn’t happen again. Our priority will remain the safety and well-being of our community as we continue to advocate for racial justice, love and respect.” 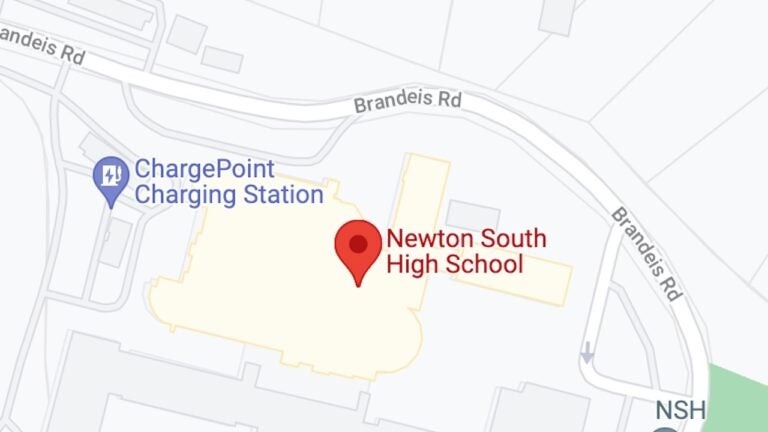