If the large, bright pink billboards don’t catch drivers’ eyes, the provocative text on them surely will.

JewBelong, a non-profit online resource and organization that helps people connect with Judaism, has partnered with Patriots owner Robert Kraft’s Kraft Group to place six billboards in Peabody, Everett, Chelsea, and Brockton, all aimed at raising awareness of antisemitism.

The billboards have messages including, “We’re just 75 years since the gas chambers. So, no, a billboard calling out Jew hate isn’t an overreaction,” “Being woke and antisemitic is like being a vegan who eats veal,” “You didn’t like it when we didn’t defend ourselves. And you don’t like it when we do. Doesn’t leave much wiggle room,” “I promise to love being Jewish 10x more than anyone hates me for it,” and “Does your church need security cameras? ‘Cause our synagogue does.”

These messages are meant to compel the reader, says JewBelong co-founder Archie Gottesman.

The billboards, which first went up at the beginning of September, are designed to provoke a conversation and raise awareness for the hate that happens around the Jewish community, according to Gottesman. They are part of a campaign of billboards that also exist in other cities, including New York City, Washington, D.C., and Philadelphia.

Gottesman says hate against Jews in the U.S. has recently spiked in a way that no one has seen in 20 years or more.

“We’re living in a country where there shouldn’t be any hate,” Gottesman said. “What JewBelong decided to do was say that, we’re going to sort of speak loud and proud and lean into talking about antisemitism, because that’s not always everybody’s reaction.”

Gottesman and Josh Kraft, president of the Kraft Family Philanthropies, were connected by a mutual friend, and quickly realized their initiative’s aims were similar. Kraft, whose organization runs the social media initiative Together Beat Hate (TBH), said that he thought the messaging was smart, engaging, informative, and educating, which fit in with TBH’s goals.

Kraft also echoed the same sentiment as Gottesman, referring to the recent increase in hate and the antisemitism narrative affecting college campuses and high schools. In fact, a study conducted by the Cohen Research Group in collaboration with The Louis D. Brandeis Center for Human Rights Under Law found that 50% of Jewish college students hid their identity and more than half avoided expressing their views on Israel because of fear of antisemitism.

“Openness of this hate, antisemitism and other hate, is unacceptable in the U.S.,” Kraft said. “It’s America and people should be allowed to be who they are … Everyone should be able to do that without stress or fear.”

Gottesman says the billboards are aimed at a general audience: For those in the Jewish community, Gottesman and Kraft hope it gives them a sense of pride and support, but for those who are not, they hope it makes them think about antisemitism.

At one point, Gottesman was told that some people may not know what antisemitism even means — “hostility to or prejudice against Jewish people” is the dictionary definition — and so they changed their branding to read #EndJewHate. For Gottesman, that lack of knowledge cemented the fact that some people are simply unaware of the problem of antisemitism, which is what the campaign was designed to remedy.

Although the billboards will only remain up until the end of October, Gottesman hopes that these billboards start conversations about antisemitism, creating a sense of allyship and support for the Jewish community, even among people who do not identify as Jewish.

“It’s really a problem about awareness and/or a challenge of awareness,” Gottesman said, adding that devising the provocative messages “was all done on purpose because otherwise we won’t get noticed, and we want to sort of break through the noise that everybody hears all day.” 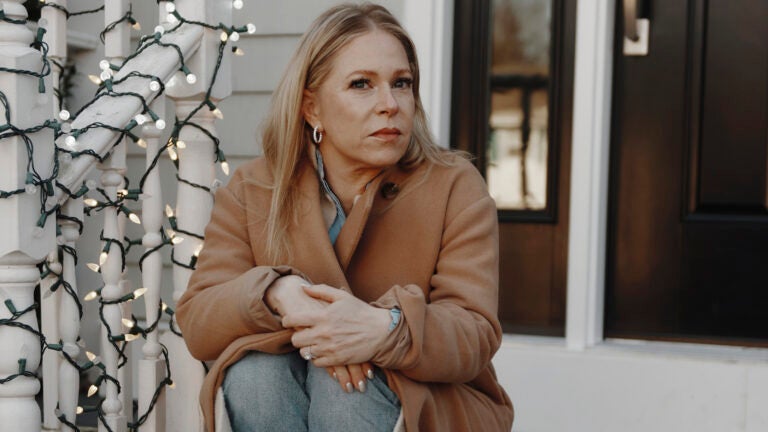