In August, as the COVID-19 delta variant surged, the nation’s economy added only 235,000 jobs — notably lower than the previous two months, when 962,000 jobs were added in June.

And last week, jobless claims rose for the second time in a row.

Service industry and low wage jobs that were among the first to go when the coronavirus shook the United States last year have apparently not all yet made a return — and there are signs they may not ever.

In their place: a significant challenge for the nation’s working class, including in Boston, a city whose economy had thrived on the hospitality sector.

“One fifth of the American labor force — 32 million people — labored in leisure, hospitality, and retail trade in 2019,” Edward Glaeser, chairman of the Department of Economics at Harvard University, said during a forum on Boston’s future and “a new age for cities” on Wednesday at the virtual Globe Summit, three-day conference. “It was the employment safe haven from when the factories disappeared. The ability to serve a latte or a burrito with a smile was something that could enable someone who didn’t have an advanced degree from MIT to still earn a living and find an amazing future.

“But those jobs can vanish in a heartbeat when that smile becomes a source of peril rather than a source of pleasure,” he added.

With uncertainty enveloping the job market, Glaeser was among a set of panelists asked, at one point, how Boston can help support workers who do not possess a college degree and may not want to pursue higher education.

And there’s clearly a need for workers in some service industry sectors, according to Bessie King, general manager of Villa Mexico Cafe in downtown Boston.

With all the rain the region received over the past month, King’s restaurant flooded. It took nearly a week for staff to track down a plumber to assess the damage, she said.

Glaeser believes vocational education has a role to play here, but not the way it’s been thought of before.

Expanding vocational training should go beyond “one track,” he said.

“We need to do things that are experimental, like after school, on the weekends, summer programs to train you to be a plumber or a programmer, that doesn’t take you out of school, where you can competitively source it,” Glaeser said. “You can have community colleges compete, for-profit companies, and trade unions. And then you can pay for performance because you know if someone’s learned how to become a programmer or a plumber when they graduate.

“So we really have to figure out a way to flexibly deliver skills in a way that you actually up-skill those Bostonians who start with less,” he added. “We need to get past the pandemic and then enable the creativity that is so often stymied by the regulations that hold back small businesses.”

Gregory Minott, president of the Boston Society for Architecture Board of Directors, said housing plays a crucial role in the problem as well. The city must do more to boost affordable housing and homeownership opportunities.

“We have to think about where people live as well,” Minott said. “You know, commuting 90 minutes to two hours each way for hospitality or essential work is just not sustainable. We need options that are closer.”

The free inaugural Globe Summit, hosted by The Boston Globe is bringing together regional and national leaders to shine a light on the intersections where the Hub particularly excels — the economy, health, innovation, and sustainability — Wednesday, Thursday, and Friday this week. 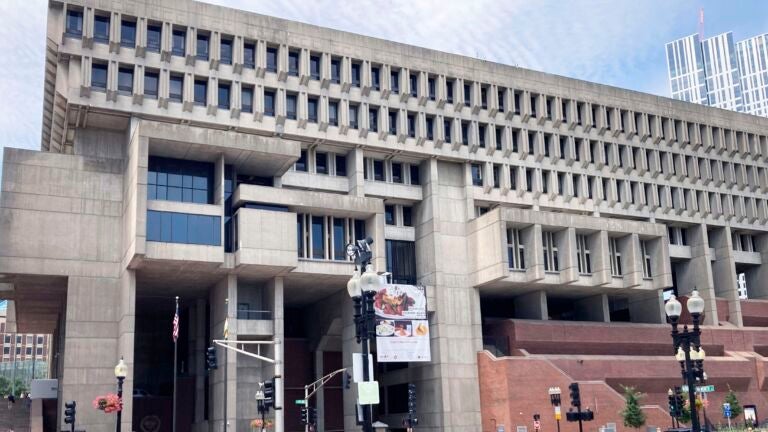