Massachusetts was ranked the 10th “most awake” state based on total number of coffee shops per person, according to recent research done by a mattress company.

The company ZOMA created the “Most Awake” report by ranking states on their coffee shop to total population ratio. The report also ranked cities in the United States, but Boston was nowhere to be seen in the top 15.

“Americans drink billions of gallons of coffee every year, and visiting a coffee shop is an essential daily ritual for millions of people. Without coffee shops providing that burst of energy and alertness in a cup, America would be a much sleepier place,” ZOMA wrote on their website. “So we analyzed every single state in the US to discover – where is America’s most awake city?”

ZOMA reported that they collected data from more than 10,000 U.S. cities and towns, and then compared that data with the latest population figures.

The report found Hawaii to be the “most awake” state, followed by Alaska and Oregon. Hawaii had 555 coffee shops reported for the state’s 1,420,491 people.

The report found the least awake state to be Mississippi – with only 318 coffee shops across the state for 2,963,914 people.

In the study, ZOMA also acknowledged many cities known for coffee shops – such as Seattle and Los Angeles – would have ranked higher but had significantly larger populations.

“Los Angeles boasts the most coffee shops in the study, with 727 in total, but its population of 3,970,219 means that it places lower down the list in 37th, with 5,461 people per coffee shop,” ZOMA explained.

While the “coffee shop” classification may sound broad, ZOMA answered the question on most New Englander’s minds: does the data include Dunkin’?

“I can confirm that Dunkin’ [was] classified as a coffee shop, so they were included in the study,” ZOMA spokesperson Andrew Mitchell told Boston.com.

According to a report from Scrapehero, there are 1,107 Dunkin’ locations in Massachusetts as of Aug. 2021. There are reportedly 9,320 locations nationwide. 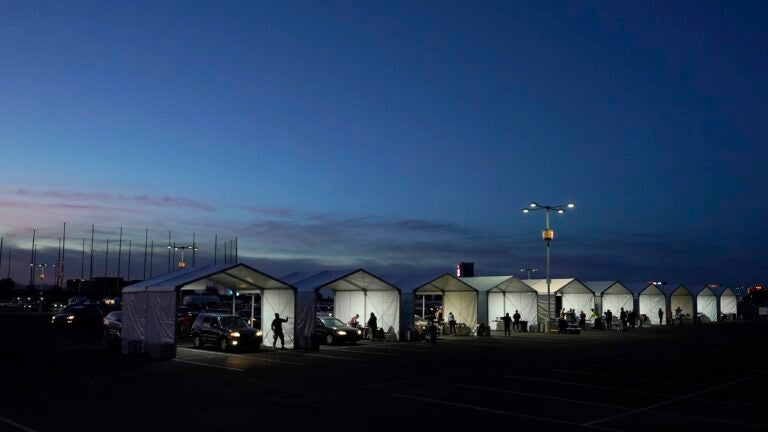