The father apparently grabbed the paramedic’s arm several times as the latter treated his son for a knee injury last Friday at a game in West Boylston, police told NBC10 Boston.

The paramedic told the father to stop, but the situation allegedly escalated.

“The father didn’t care for the way the paramedic was treating his son,” West Boylston Police Sgt. James Bartlett told the news station. “He kept on grabbing the paramedic, and finally, the father assaulted the paramedic, punching him in the face.”

The father was visibly upset when officers approached him, according to authorities. He threatened violence against them at one point, officials said.

“He didn’t think the paramedic was taking the injury serious enough, and he just said he was really, really mad about that, and it was his son,” Bartlett said. “Very emotional, and that’s why he got very upset and punched the paramedic.”

The news station attempted to speak to the father, but no one came to the door when a reporter went to his home. 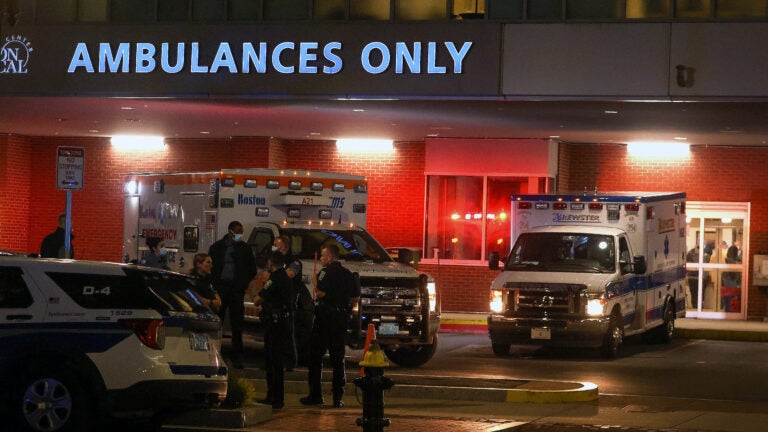 A Brockton man shot another, an officer, and then himself, police say. Here's what we know.