Officials say the nine people hurt Sunday when an escalator malfunctioned at the MBTA’s Back Bay station suffered injuries that were “minor in nature.”

However, at least one witness described a fairly bloody scene.

“There was a whole bunch of commotion coming from this escalator, so out of pure curiosity I go over and look and there was like four people laying down and like a puddle of blood at the end of the escalator,” Eli Smith told NBC10 Boston, adding he thought there was a shooting due to the amount of bloodied people.

“There was like a boy with his shirt covered in blood, an old woman that was like gushing, her face was covered in it,” Smith said. “It was crazy.”

MBTA officials say they’re working with KONE, the Finland-based company that inspects and maintains the T’s escalators, to determine what caused the freak accident Sunday night. Boston EMS said that nine people were taken to the hospital after the escalator connecting the Amtrak and Commuter Rail platforms to the street-level lobby of the station malfunctioned shortly after 6 p.m.

Smith told NBC10 Boston that the upward escalator’s steps flattened, “turned into a slide, and then went backwards, and then that’s when people fell.”

Two other witnesses said on Twitter that the incident resulted in a pile of people at the bottom of the escalator.

“It happened as soon as I got up the stairs,” one wrote on Twitter. “Heard a lot of people yelling behind me and I saw a pile of bodies down the escalator.”

Officials have since closed off the escalator as investigators work to establish the facts and circumstances around the incident. MBTA spokesman Joe Pesaturo said in an email Monday that the agency and KONE will be “guided by the findings of the investigation, and take whatever actions are warranted.”

“With the public’s safety of paramount importance, the MBTA is committed to determining the underlying cause and working to ensure such an incident doesn’t happen again,” Pesaturo said.

KONE echoed that sentiment in a separate statement Monday.

“We are working closely with the MBTA and other appropriate authorities to gather the facts and determine what may have caused the incident that occurred at the Back Bay station Sunday, and our thoughts go out to those who sustained injuries,” the company said, calling the “safety and well-being of the public is our top priority

According to Pesaturo, the MBTA’s escalators had an overall availability rate of 98.67 percent as of last week. 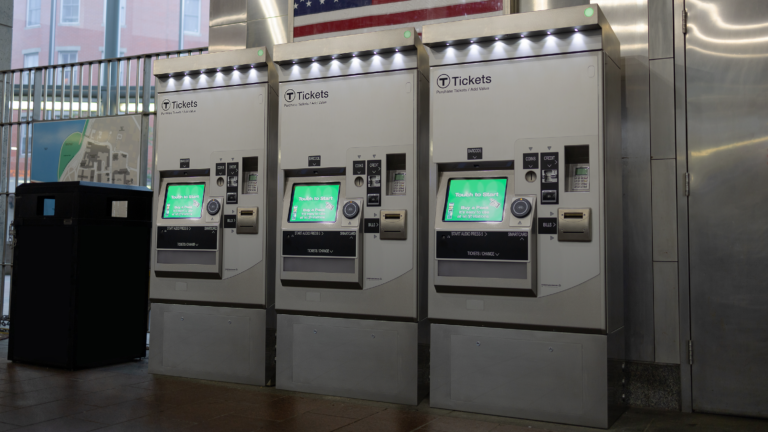