The MBTA’s rough week is getting worse.

“We don’t have a timeline for the resumption of service,” the agency tweeted Tuesday shortly after 11:30 a.m., later adding riders between Boston and Braintree would be allowed to use their CharlieCards on the commuter rail.

T officials said Tuesday afternoon that the buses would continue to replace downtown Red Line service “through the evening rush.”

MBTA spokesman Joe Pesaturo said in an email that no injuries occurred during the slow-speed derailment, which happened at roughly 9:45 a.m. According to Pesaturo, 47 passengers who were on board safely exited the train. A video taken by one bystander showed several exiting the train through a window.

“A southbound Red Line train, moving at a slow rate of speed, derailed at Broadway Station, and made contact with the edge of the platform,” Pesaturo said Tuesday. “The second car of the six-car train derailed.”

A photo taken by one passenger showed fairly significant damage to the outside of the car, as well as cracked windows.

Pesaturo added that the cause of the derailment is under investigation and that buses would be replacing Red Line service between Park Street and JFK/UMass stations while MBTA personnel work to re-rail the train.

Red Line train service between Alewife and Park Street and from JFK/UMass to Ashmont and Braintree continues to operate, albeit with delays. The MBTA tweeted that trains may be asked to stand by at stations while other trains switch directions at the crossovers located at Park Street and JFK/UMass.

MBTA officials said on Twitter around 10:30 a.m. that additional buses were being deployed, after some riders at JFK/UMass reported that there weren’t enough to handle the growing crowd of stranded passengers.

The cause of that incident is also under investigation.

Separately, on the Orange Line, the MBTA reported delays Tuesday of up to 30 minutes due to a signal problem near Wellington caused by a lightning strike. 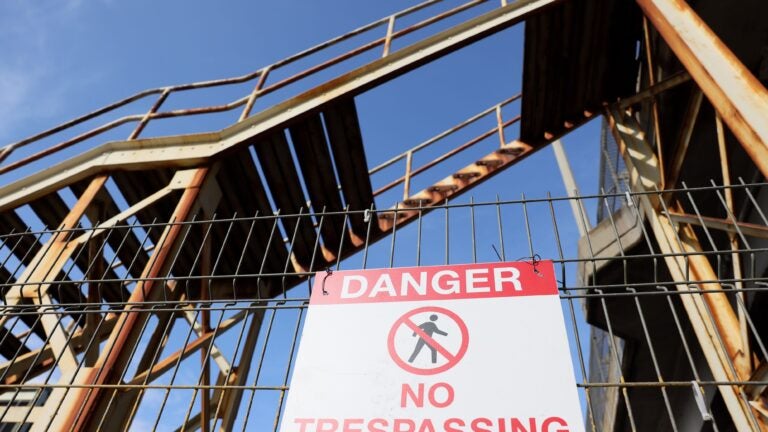