BELFAST, Maine (AP) — A Belfast soup kitchen had a tuna weighing 600 pounds (270 kilograms) donated for its meals last week by a lobster fishing crew that netted the fish.

The crewmembers from J & J Lobster were catching bait near the coast when the massive bluefin tuna hit their net, the Bangor Daily News reported.

“It was an adrenaline rush to say the least,” the owner of J & J Lobster, Jamie Steeves, told New England Cable News.

The crew was not initially authorized to bring the tuna to shore, since they were fishing specifically for bait. But Steeves called the state Marine Patrol, which said it would allow the crew to bring the fish in if they could find a place to donate it.

They reached out to the Belfast Soup Kitchen and its executive director, Cherie Merrill.

“He cold-called, asking ‘Can you use a 600-pound tuna?’” Cherie Merrill, the executive director of the Belfast Soup Kitchen, told the Bangor Daily News. “I never say no to anything, but all I could picture was dropping this 600-pound fish off at the door.”

Volunteers from the kitchen and J & J Lobster salvaged about 300 pounds of meat from the tuna.

The first tuna steaks were served to people on Tuesday. 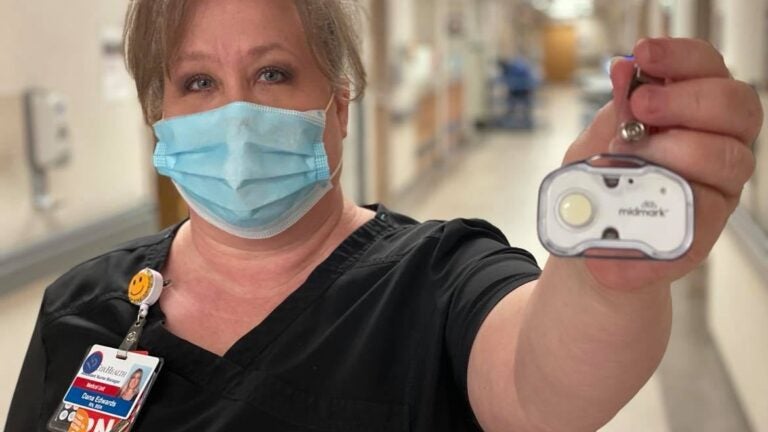 Missouri hospital workers are being assaulted on the job. New panic buttons allow them to summon security.