A Dorchester man says he was lucky he wasn’t hurt when a crumbling piece of one of the steps at Savin Hill station fell, missing him by inches.

Tim Shannon told NBC10 Boston that he heard a cracking noise just above him at the station Sunday night.

“It pretty much just dropped in front of me,” he told the news station. “It was about a one-and-a-half-foot-long piece of concrete and metal, it appears to be the bottom of a step.”

A friend of his girlfriend shared a photo on Twitter, showing the crumbling chunk of debris and fragments of material surrounding it.

In a statement, MBTA officials noted that “no concrete” fell in the incident. Officials also noted the agency has been heavily focused on repairs and upgrades, spending a “record-breaking $1.92 billion” on capital expenditures in the 2021 fiscal year, and is on target to spend another $2 billion in the 2022 fiscal year. The T has increased its capital spending annually since 2015, officials said.

“With the safety of customers and employees of paramount importance, regular maintenance is a central component of the MBTA’s asset management program and includes inspections, preventative maintenance, and corrective maintenance of station infrastructure,” the statement said. “The MBTA continues to invest billions of dollars on major infrastructure projects, including the Red Line Transformation program.”

The past few months have been a challenging time for MBTA riders.

A Red Line car derailed on the morning of Sept. 28 at the JFK/UMass station, with shuttle buses temporarily replacing service. Photos from the scene show a battered corner of one of the cars. A video showed some passengers jumping through the train window to exit the car.

That same day, the Orange Line was delayed up to half an hour due to a signal problem near the Wellington station after it was apparently struck by lightning.

Just two days prior, at least nine people suffered minor injuries when an escalator malfunctioned at the Back Bay station. One witness told NBC10 that there was a child with blood down his shirt and a senior citizen who was bleeding.

In late July, a Green Line car collided with the one in front of it, causing 25 people to be injured.

Just before the mishaps and safety concerns started rolling in, the T’s Fiscal and Management Control Board dissolved. This was back in June, and though Gov. Charlie Baker was set to fill the seats of a new governing board, that hasn’t happened yet.

“I just don’t know what the delay is,” Brian Kane, the MBTA’s executive director of its advisory board, told Boston.com recently regarding development of the new board. 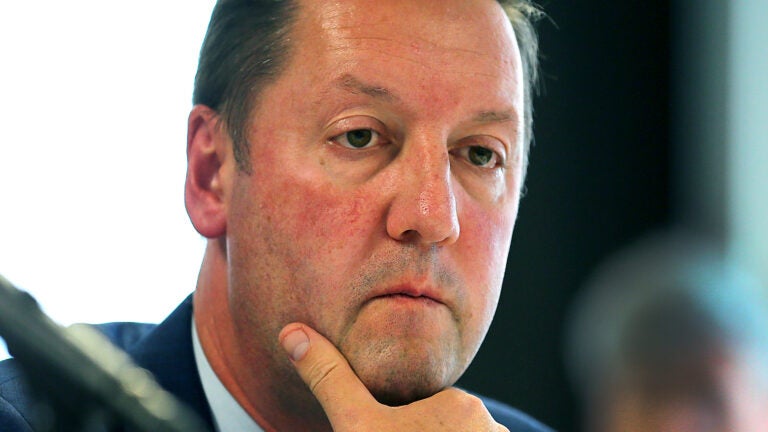 MBTA leader will step down in January