Fights continued Wednesday at Lawrence High School, ending in the arrest of four students and one mother.

A fight broke out just after dismissal on Wednesday, beginning outside the school and moving up the street to nearby Sullivan Park, NBC10 Boston reported. There was already a heavy police presence at the school, given the recent fights, but state police were also called in to assist.

Police said a mother was arrested for allegedly intervening in the arrest of her son, who had been involved in the fight. According to The Eagle Tribune, all five were charged with disorderly conduct.

One parent told NBC10 that dozens were involved, and her son was hit when he was trying to get away.

This is the latest in a series of fights that have also injured staff: six fights broke out last Tuesday and a fight during dismissal last Wednesday resulted in the arrest of three students. Extra police have been assigned to the school, and one student reported that a girl had a “shank” during one of the fights.

The fights have triggered protests and calls for change, including the superintendent’s resignation. During a rally Monday night, Lawrence Teachers Union President Kim Barry said the “crisis” at Lawrence High School “didn’t happen overnight,” and blamed the “mismanagement in a top-down state receivership” for ignoring students, disrespecting educators, and failing to provide needed resources, The Boston Globe reported.

“We did not anticipate the intensity of the level of the emotional responses our students are experiencing,” Superintendent Cynthia Paris said last Wednesday, according to WCVB, calling attention to the impact of COVID-19. “Children left middle schools and showed up in high school with very different demands and expectations, and very little preparation for that.”

Mayor Kendrys Vasquez said it has to do with the state’s receivership of the district, and called for district decisions to be back in the hands of local legislators. On Monday, the School Committee voted to ask the state to end the 10-year receivership.

“It does go beyond COVID,” he told WCVB Tuesday. “It’s about structural changes that are necessary to ensure that we provide the best quality education and safe environment for our students and our educators.”

On Tuesday, State Education Commissioner Jeffrey Riley made no indication he would give up state control of the district.

“We’re going to continue to support the administration as they enact a plan to strengthen the school and make sure that our kids get what they need,” he said during a meeting of the state Board of Elementary and Secondary Education, according to the Globe.

The district is considering a number of long-term measures, NBC10 reported, including student counseling, uniforms, and an ID check system. On Monday, Governor Charlie Baker told WCVB the state would support the district, but that finding mental health support is difficult. 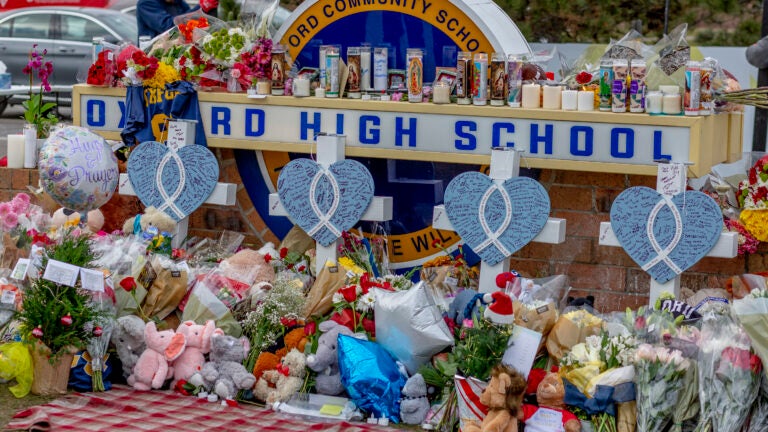