The moment an apparent electrical transformer blew in Brockton on Wednesday morning as an autumn nor’easter moved through the region was caught on video.

“I heard a boom, ran over to the neighbors’ and banged on their door cause trees were on fire, then (the) house across the street caught on fire,” Green told the station.

In Green’s video, several electrical lines appear to be on fire, just moments before other equipment across the street explodes with a loud bang.

Green told Boston 25 News he shot the video around 5:30 a.m. and emergency crews responded in about 30 to 45 minutes due to the number of calls they received Wednesday morning.

The Brockton police and fire departments did not immediately return requests for comment.

As of 8 a.m., the Massachusetts Emergency Management Agency was reporting 468,901 customers were without power, with the majority on the South Shore and Cape Cod. 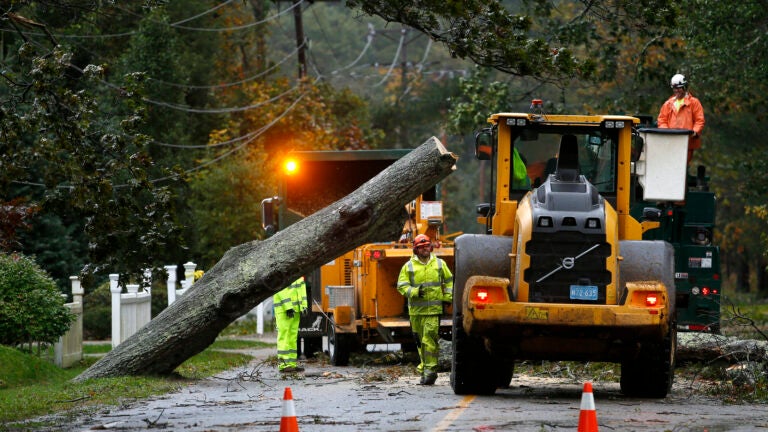 Map: More than 52,543 in Mass. still without power following nor’easter