More than 150,000 customers on the South Shore and Cape Cod are still without power on Friday, days after a powerful autumn nor’easter walloped Massachusetts with dangerous wind gusts and heavy rain, leaving flooding, downed trees, and other significant damage in its wake.

Joe Nolan, president and CEO of Eversource, thanked customers for their patience on Thursday, stressing that the company is “throwing everything [we have] at this.”

“We’ve got resources, we’ve got equipment, we’ve got whatever materials will be needed,” he said. “Tonight when the sun goes down you’ll see an extraordinary drop in the amount of customers that are without power, I can promise you that.”

Eversource said on Friday it was shifting resources to the hardest hit communities, including Duxbury and Dennis.

Duxbury took a beating; trees crushed homes and cars and blocked numerous roadways. By Wednesday afternoon, 94% of the town was still without power, according to police, and people were asked to stay off the roads.

The Duxbury Fire Department tweeted that it answered over 1,000 calls for service in 24 hours.

Flooding began on Monday in parts of the South Shore, and big waves were crashing over the beachside road in Revere on Wednesday morning. Waves were still hitting Scituate roads when Governor Charlie Baker visited to assess the storm damage Wednesday morning.

Boston also saw some damage: a tree in Beacon Hill ripped up the brick sidewalk when it was uprooted by strong wind, and sidewalks were also broken by downed trees in Dorchester. 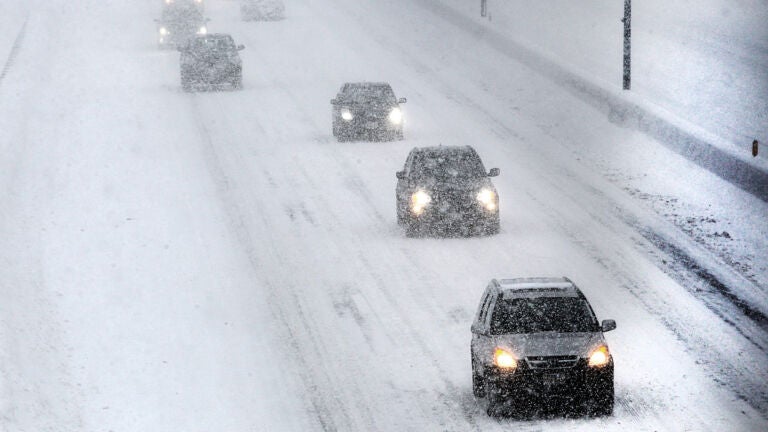 Here's what forecasters are saying as the wintry weather winds down