The last nor’easter we had came with a high wind warning, wind advisory, flood watch, and coastal flood advisory all in place before the storm’s arrival. With Saturday’s storm we have none of those, and the morning conditions give an indication of the difference between what occurred during the middle of the week and what’s going to occur overnight.

A small line of showers and some drizzle moved through the area during the early-morning hours Saturday and now we await heavier rain later in the afternoon and into the evening. Expect cloudy skies, and drizzle or lighter showers until then.

The heaviest of the rain should fall between roughly 5 p.m. Saturday and 2 a.m. Sunday. I’m expecting as little as a third of an inch of rain over Nantucket and up to 2 inches near the New Hampshire border. Most areas will get more than an inch, but under 2 inches. This is not a lot of rain, and even on the saturated ground it won’t cause issues beyond some puddles on the roads.

It will become breezy and perhaps windy on the coast during the heaviest rainfall. Gusts could reach 40 miles an hour overnight. And it’s not impossible that already-weakened trees could lose limbs or fall, leading to more power outages, but that would be isolated, not widespread.

The rain will stop pretty early Sunday. There may be a lingering shower at sunrise, but clearing should ensue with blue skies and sunshine on the way for mid-morning and afternoon.

It’s going to be very mild and if the sun breaks out early enough temperatures could climb into the mid-60s. Temperatures in the 50s can be expected for candy gatherers with the sun setting just after 5:30 p.m.

As an added bonus, there is a chance that the northern lights may be visible later on Halloween night, which would be the ultimate treat for kids and adults. These things are not easily predicted, but it is possible!

Monday also looks like it will be a mild day and the nicest of the next seven. Temperatures will be close to 60 and accompanied by abundant sunshine. Thereafter it will become progressively cooler each day with readings dipping below normal probably by Wednesday and Thursday. The cooler air may arrive with a shower and it’s likely there’s going to be some snow in the higher elevations of Northern New England. After a top 10 warm October, the November chill is going to be a bit more of a shock this year. 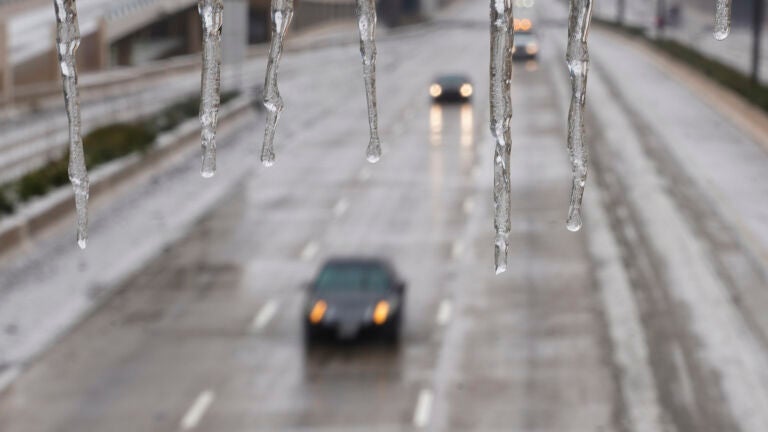