A man reportedly set himself on fire at the Cambridge Common on Sunday, and some passersby thought it was some sort of Halloween stunt.

The incident happened around 12:40 p.m., according to city police. Authorities were called to the Common for a man in his 30s who had set flames to himself.

The man was taken by emergency responders to a nearby hospital for treatment for third-degree burns, plus mental health treatment, police said. No one else was injured during the incident. Some people who saw the man tried to help him, but he reportedly refused.

An exercise group told Cambridge Day that they saw the man going between the Common and Garden Street and speaking but not making any sense just before he set fire to himself. His shirt was engulfed in flames when onlookers got ahold of him and put the flames out.

The man, however, didn’t seem to be in pain, they told the publication.

Others passing by said they saw the man and said he didn’t seem affected by the fire. East Cambridge resident Mark Jaquith told Cambridge Day that the man seemed “unfazed” while he walked around on fire.

“I thought it was a Halloween gag – but no, that’s skin,” Jaquith told the publication.

Another account, published by Universal Hub, was from an attendee of Christ Church on Garden Street. She said she thought the man was “wearing fireproof clothing” and thought that it was either a “stunt” or someone experiencing a mental health episode. 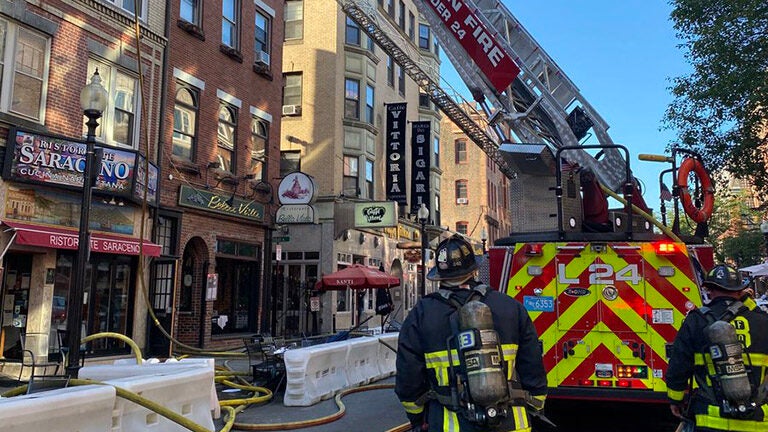