As voters in Boston elected their next mayor on Tuesday, people in West Roxbury got a dose of national politics in a code of sorts.

WBZ reports an electronic highway sign placed on the side of West Roxbury Parkway near Centre Street displayed the phrase, “Let’s go Brandon,” a subtle dig at President Joe Biden that’s a stand-in for an expletive directed at the commander in chief.

The phrase has quickly become popular among conservatives and Biden’s most vocal critics across the country over the past month.

CNN and other outlets have said it appears to have originated from a NASCAR race in Alabama in early October. A reporter for NBC Sports on air referred to chants of support coming from the crowd for the winning driver Brandon Brown.

But that’s not what attendees were chanting.

And so, the statement was on display for passersby near Holy Name Parish on Tuesday, blaring from a five-by-five digital sign on a trailer attached to a Lincoln SUV, not far from a polling location, according to WBZ.

The sign’s presence nearly caused a fight after two men tried to cover the sign with a sheet, the station reports.

As for who was behind it, that remained unclear on Wednesday.

“It was parked on a stretch of roadway where numerous other vehicles were parked,” Procopio wrote. “There was no investigation into its ownership because there was no criminal offense.”

The City of Boston also confirmed on Wednesday the sign was not city-owned, nor was the vehicle. 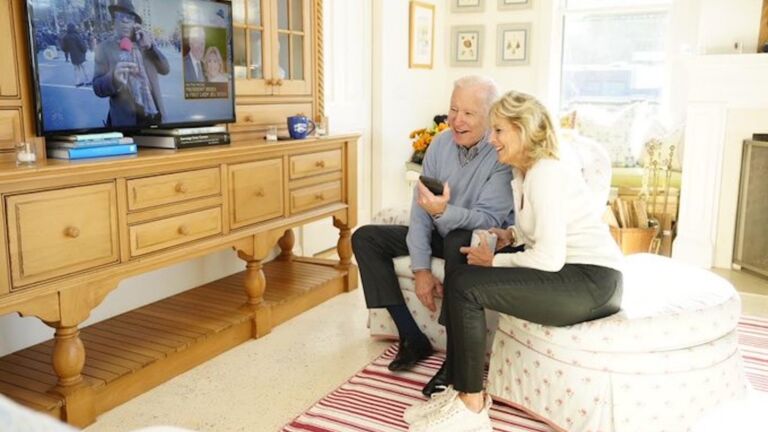