BOSTON (AP) — First responders would be allowed to treat and transport injured police dogs to veterinary hospitals under a bill that was unanimously approved by the Massachusetts Senate this week.

Gannon was fatally shot in 2018 while serving an arrest warrant. Nero was also shot, but because of current state law, EMTs weren’t allowed to treat or transport him.

Nero had to be rushed to the animal hospital in the back of a police cruiser and survived the shooting.

“K-9 officers protect the men and women in law enforcement as well as the community at large,” said Democratic state Sen. Mark Montigny, lead sponsor of the bill. “These animals endure extreme danger from gun violence, narcotics, and even explosive materials. Allowing our emergency personnel to provide basic treatment and transport is a commonsense measure that honors their contributions across the commonwealth.”

The bill would permit emergency personnel to treat injured police dogs and bring them to veterinary facilities, as long as there are no injured people still requiring a hospital transport.

The bill now heads to the Massachusetts House for consideration. 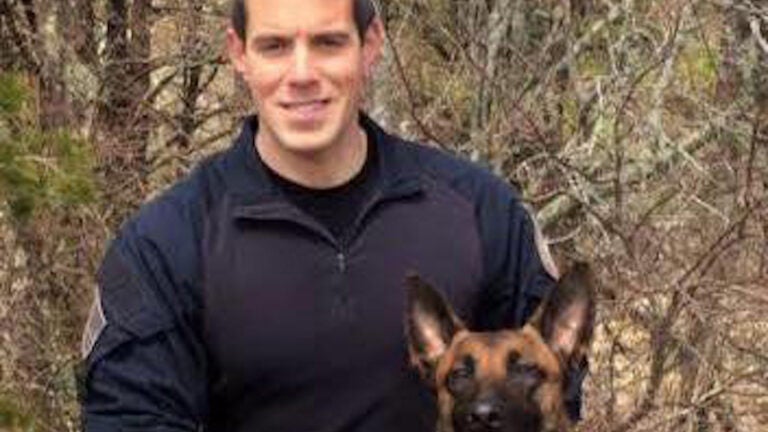