Phil Saviano, a survivor of clergy sexual abuse who became a key whistleblower for exposing decades of predatory assaults on children by Roman Catholic priests in the United States, is being remembered by his loved ones for his persistent dedication to protecting others and bringing the truth to light.

The Massachusetts native was a crucial source for the Boston Globe’s Pulitzer Prize-winning Spotlight investigation into the clergy sexual abuse crisis. His pivotal role in the investigation was portrayed in the film “Spotlight,” which won Academy Awards for best picture and best original screenplay.

“Many people around the world have relied on Phil’s compassion and advice as they wrestle with their own experience of abuse,” Saviano’s family wrote in his obituary. “He is recognized for his ability to help others who have been abused discover a path to understand that they were victims, discard any semblance of self-guilt, and move on to a more fulfilling life. Phil was a voice of reason in the midst of denials and a champion seeking to prevent further abuse of children.”

Read the full obituary for Saviano, shared by Jackman Funeral Home, below:

DOUGLAS/ Roslindale – Philip James Saviano, 69, died peacefully on November 28, 2021 at his brother’s home in Douglas.  Born in Douglas on June 23, 1952, he was the son of Pasquale and Mary (Bombara) Saviano. He most recently resided in Roslindale for many years. He leaves three brothers; James and his wife Cynthia of Douglas, John of Douglas and Victor of Dorchester, and four nieces and nephews.

He was educated in Douglas schools, earned a bachelor’s degree in zoology at University of Massachusetts Amherst and a master’s degree in communications at Boston University. His high school biology teacher encouraged him to pursue a career in health care and suggested that zoology would provide a good foundation.  His first employment in health care was as Assistant Director of Public Relations at Faulkner Hospital, and he was promoted to Director after his second year. He was responsible for internal and external communication and for coordinating hospital fundraising, and in 1982 promoted a Judy Collins benefit concert at Symphony Hall which was the most successful fundraiser for Faulkner Hospital to that point in time.  He left Faulkner Hospital in 1984 after five years and started his own concert promotion business under the name Special Delivery Productions.  His many concerts included eight more with Judy Collins, and others including Ella Fitzgerald (her last concert), Diane Carroll, Barbara Cook, and Laura Nyro. Through their work together, he and Judy Collins developed a strong friendship that lasted the remainder of his life.

Phil spent the summer of 1976 on a solo trip exploring much of western and central Europe and developed a life-long love of travel. That summer he also visited relatives behind the iron curtain in Slovakia, and returned to be with them many times. His favorite destinations were Prague and Budapest, where he visited repeatedly. In Budapest he discovered the ceramic art of Zsolnay and over many years built a wonderful collection.

On a trip to Oaxaca, Mexico, in 1999 he discovered Mexican carved wood and tinsmith folk arts and began importing the art and selling it on a website he built called vivaoaxacafolkart.com. It is a showcase for the art he buys in Mexico and sells to collectors around the world. That business grew and continues to this day.

Phil suffered abuse by his parish Catholic priest while very young, and learned years later that his abuser had been moved from parish to parish and continued to abuse young children. He felt he had a moral obligation to put an end to this cycle of abuse and began to focus his energies on bringing accountability to the Catholic church. In 1997 he formalized his outreach to other survivors by establishing the first New England chapter of Survivors Network of those Abused by Priests (SNAP). As he gained further recognition, he was called upon for speaking engagements and consulting throughout the world to advise how to combat this issue. He served on the Board of Directors of the SNAP national organization for two terms, and with the SNAP team took allegations that Vatican officials were committing crimes against humanity to the International Criminal Court in The Hague. He did several years of research and documented in great detail the abuse by several dozen priests. In August of 2001, Phil brought his work to the Boston Globe Spotlight team and over a four-hour presentation gave what was described by one of the reporters as “a graduate-level seminar on the issue of Catholic clergy abuse.” That meeting, and conferring with Globe reporters for months thereafter, resulted in the explosive Spotlight team’s investigation and reporting of systemic pedophilia within the Catholic Church. Phil received much credit for his work and influence, and his role was a key portrayal in the 2015 Academy Award winning film “Spotlight.”  He was invited to the Academy Award ceremonies and appeared on stage with other members of the movie team celebrating their success.

Many people around the world have relied on Phil’s compassion and advice as they wrestle with their own experience of abuse. He is recognized for his ability to help others who have been abused discover a path to understand that they were victims, discard any semblance of self-guilt, and move on to a more fulfilling life. Phil was a voice of reason in the midst of denials and a champion seeking to prevent further abuse of children.  One of Phil’s heroes was Jan Hus, a 15th century priest who was burned at the stake for speaking out about church corruption. The hundred-year-old monument dedicated to Jan Hus in Prague’s Old town Square is inscribed “Pravda Vítēzí.”  It translates to “Truth Prevails,” a task to which Phil committed much of his life with profound results.

A wake will be held at Mann and Rodgers Funeral Home, 44 Perkins Street, Jamaica Plain on Wednesday, December 1 from 4-8 p.m. and again at Jackman Funeral Home, 7 Mechanic Street, Douglas on Thursday, December 2 from 4-8 p.m.  A Funeral Mass will be celebrated on Friday, December 3 at St Denis Church, 23 Manchaug Road, Douglas,starting at 10 a.m.  Phil will then be laid to rest at St. Denis Cemetery in Douglas. His family asks that anyone planning to attend services please wear a mask. Flowers are welcome, however, if you would rather please make a donation to BishopAccountability.org. To leave a condolence message for the family, please visit jackmanfuneralhomes.com. 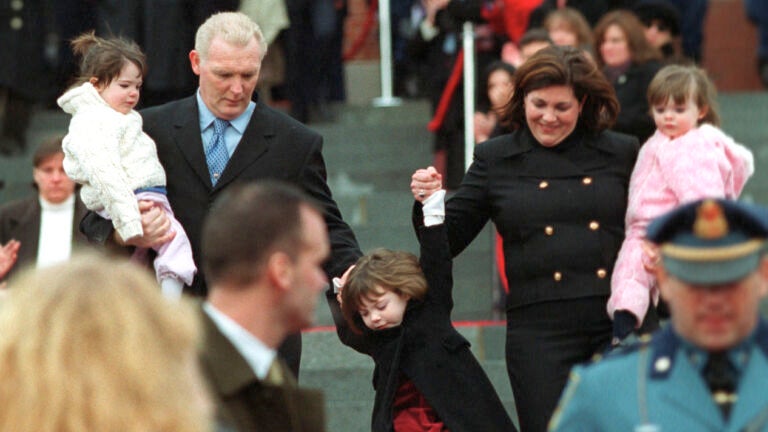