Authorities in Rhode Island recovered the body of a woman who, officers were told, appeared to have intentionally climbed overboard from a ferry on Monday night.

The body of the 39-year-old woman, from Prudence Island, was pulled from the waters of Walker Cove in Bristol on Thursday, the Portsmouth Police Department said in a statement released Friday morning.

According to police, the woman was aboard a ferry to Prudence Island that departed Bristol at 5:45 p.m. on Monday. She reportedly entered the water as the vessel was west of Hog Island, near Poppasquash Point, officials said.

“Witnesses reported she was alone on the deck of the vessel when the incident occurred,” police said in a statement released Tuesday. “From several witness accounts, it appeared that the woman intentionally climbed over the deck railing and entered the water.”

The U.S. Coast Guard and other agencies searched Narragansett Bay for her on Monday night and Tuesday morning. Crews had to face high winds and rough seas, which “hampered” the search effort, Portsmouth police said.

In total, crews had searched for 10 hours and across 39 square nautical miles with no sign of the woman, the Coast Guard said.

Portsmouth police were told around noon Thursday the woman’s body was recovered. 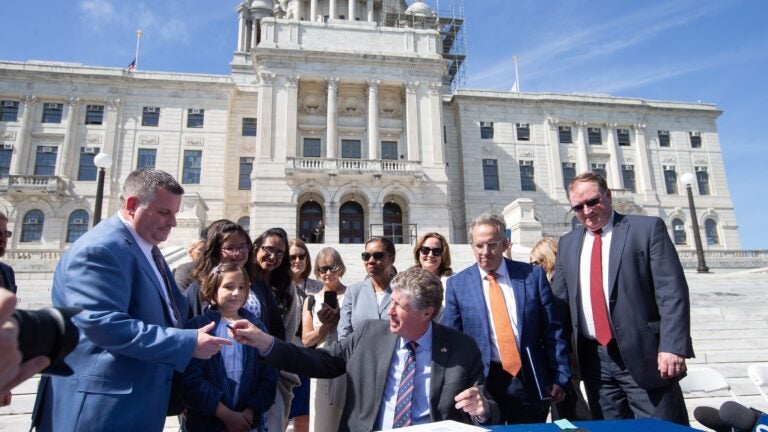