AUGUSTA, Maine (AP) — Rolling blackouts may hit New England if there’s an extended cold snap this winter, as the regional power grid operator warns of a “precarious” situation due to snags in the natural gas supply.

Much of the grid’s power comes from burning natural gas, and right now that fuel is in shorter-than-normal supply and is subject to supply chain disruptions, said Gordon van Welie, CEO of ISO New England.

The region’s grid is often near the limit during winter months, but severe weather combined with high natural gas prices and pipeline constraints could push the grid past the tipping point and prompt mandatory usage restrictions.

“We’re depending on an energy supply chain in the region that is quite fragile, particularly during the wintertime,” van Welie said this week.

Marc Brown, New England director for Consumer Energy Alliance, said people should be concerned. Natural gas prices remain about 50% higher than a year ago despite a drop in recent weeks.

“We need to be worried. We’ve seen it in other places, like California, with controlled power outages,” he said.

Natural gas supplies are already having an impact. In Maine, electricity bills are going up $30 per month on average for residents who adopt the “standard offer” rate starting Jan. 1. High natural gas prices are being blamed for the increase.

New England is trying to shift to greener energy alternatives but that transition is going to take time.

Van Welie noted that the Massachusetts-funded New England Clean Energy Connect in Maine, which aims to bring up to 1,200 megawatts of Canadian hydropower to the grid, could help.

With that project stalled, following a rebuke by Mainers in a statewide referendum, it’ll take more time to find additional electrical supply in coming years through wind, solar and other projects.

Overall, the power grid operator is anticipating a relatively mild winter based on long-term forecasts by the National Oceanic and Atmospheric Administration.

But extended cold snaps can happen any winter and the failure of the Texas grid last winter helped to put things into perspective, van Welie said.

“I think that what Texas drove home for me is that with almost 15 million people living in this region need to understand is that we are in a precarious position particularly when we get into cold weather,” he said.

The Maine Public Utilities Commission said the power grid operator has been sounding the alarm about the state’s reliance on natural gas.

The problem happens in extremely cold weather, as demand from homeowners using gas for heat clashes with demand by power plant operators who need it to power the grid, officials said.

Furthermore, natural gas prices are higher right now in Europe and Asia, so suppliers have incentive to sell to those markets.

“Although it’s not uncommon for ISO-NE to suggest there may be a need to reduce consumption during peak periods, market conditions this year have perhaps contributed to a heightened concern,” said Susan Faloon, spokesperson for the Maine PUC. 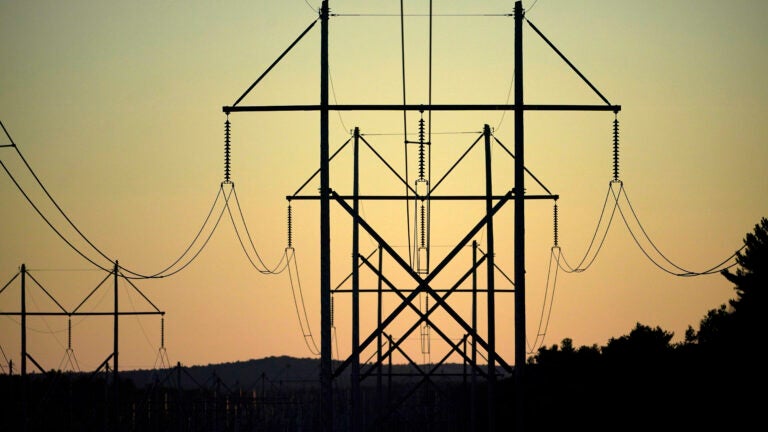