Massachusetts Society for the Prevention of Cruelty to Animals will be taking in 100 cats from Kentucky on Wednesday morning to make room for animals displaced following Friday’s deadly tornado.

MSPCA, in collaboration with the Northeast Animal Shelter in Salem, will be helping evacuate 100 cats from the Kentucky Humane Society in Louisville — the state’s largest animal adoption agency. The cats were already at the shelter before the tornado and are now being relocated to make room for the expected surge of displaced pets.

“As soon as I heard the news on Saturday morning about the tornado, the first call I made was to our partners and said, ‘we are available to help,'” Mike Keiley, Director of Adoption Centers and Programs at the MSPCA, said. “We can take a full plane of cats, knowing that would probably be really meaningful in terms of size and species, and we started coordinating immediately after that.”

According to the MSPCA, the plane sponsored by the ASPCA is expected to fly out at around 8 a.m. on Wednesday with the cats and land at the New Bedford Regional Airport. The cats will then be driven to NEAS in Salem, where they will stay until they are able to be adopted.

Some of the cats will also be taken to Second Chance Animal Services, according to the American Society for the Prevention of Cruelty to Animals.

“It’s really rewarding to be able to help our colleagues in animal welfare because it’s so devastating on the ground when these situations happen, especially with such a massive tornado that traveled for such distance,” Keiley said. “There’s going to be so many people and animals that are impacted and the depth of that impact probably hasn’t even been fully realized yet.”

The ASPCA will be assisting with the evacuation of the cats, as part of a larger rescue mission to help the states impacted by the tornadoes.

“Evacuating homeless animals displaced by these devastating tornadoes is a lifesaving aspect of emergency response efforts because it gives the shelter animals a second chance to find loving homes while freeing up critical resources for pets in impacted communities,” said Susan Anderson, Director of Disaster Response for the ASPCA National Field Response Team. “We are grateful to MSPCA and Second Chance Animal Services for opening their doors to these animals in need so local animal welfare organizations in Kentucky can focus on supporting displaced pets.”

The cats may be available for adoption as soon as the weekend or the start of next week, according to Keiley. The cats must go through a mandatory 48-hour quarantine and be medically and behaviorally assessed.

Early next week, the MSPCA and NEAS plan to have an adoption special for the cats. In the meantime, the cats will be housed in MSPCA and NEAS facilities, even using some spaces traditionally used for dogs, Keiley said.

“Our hope is to get them quickly settled,” Keiley said. “Get them quickly into homes so they can be home for the holidays and have a wonderful place to be rather than all the stress that they’re enduring right now.” 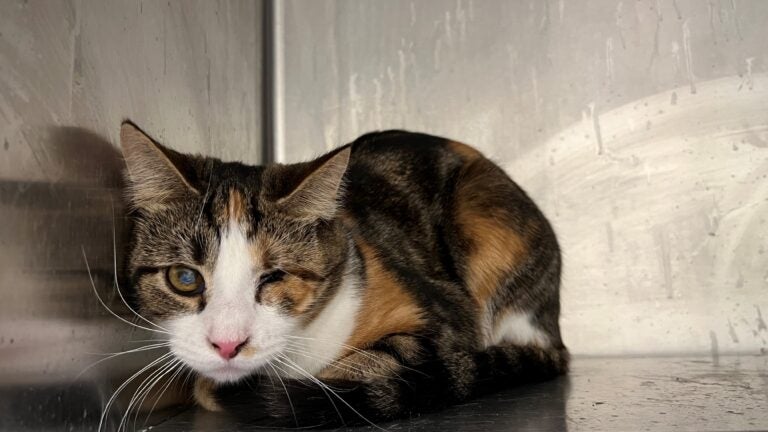