Cindy and Eddie Lossman have created their elaborate holiday light display at their home at 26 Biscayne Drive for 26 years, according to WBZ. For over ten years, they have used the lights to raise funds and donations for people who need help in the community.

This year, the Lossmans are raising money for 7-year-old Nathan Casella, who is fighting Stage 4 Hodgkin’s Lymphoma. He was diagnosed in September.

“We’re going to do the lights anyway,” Cindy Lossman told WBZ. “Why not? People are here, people want to give at Christmas. Why not have a cause like Nathan?”

“Whenever he goes for chemo, he has a costume on,” Nathan’s grandmother told WBZ. “Every day, they wait for him. You’d never know he’s sick. He’s such a good sport.”

The house has a donation box outside the display, which includes light-up Santas, candy canes, and a scene from “A Christmas Story” showing a boy with his tongue frozen to a pole, among other decorations. The house even has scheduled Santa visits, which are published on their social media.

On Dec. 13, the house hosted “Nathan’s Night,” which brought Nathan and his family to the display. Nathan got a special visit from Santa.

“The support we’re getting from people, strangers we don’t even know, it’s unbelievable,” Nathan’s father John Casella told WBZ at the event. “If I could only give back half of what people have given to us. It’s just… I’m just overwhelmed.”

Last year, the couple helped raise funds for the Zink family and their baby Reece who suffers from a rare genetic mutation that causes seizures. In 2019, they raised funds for Tim Oliver, a Billerica native and friend of the Lossmans who was battling stage 4 pancreatic cancer and passed away at the end of the year.

According to the Lowell Sun, the couple decorates the inside of their house as much as the outside. After people were unable to view the interior decorations due to the COVID-19 pandemic last year, a 3D tour was created so everyone could see, according to WCVB.

So far, a GoFundMe has raised over $22,000 for Nathan. In past years, the Lossmans have kept their displays and the donation box out until Little Christmas in January, according to the Sun. 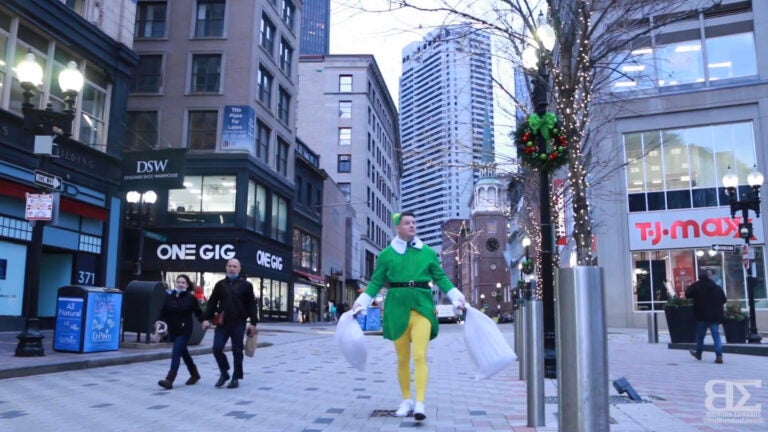