A devoted dog alerted police on Monday to a pickup truck badly mangled in a crash, likely saving the lives of two people, according to officials.

Around 10 p.m., New Hampshire State Police received a report of a loose canine on Interstate 89, near the New Hampshire/Vermont border in Lebanon, according to a Facebook post.

A state trooper and officers from the Lebanon Police Department located the dog, but when they got close it continued to run northbound on I-89 crossing into Vermont, according to police.

While following the dog, the trooper and officers found a damaged section of guardrail near the junction with Interstate 91, according to the post. Police say they discovered a badly damaged pickup truck that had rolled over, ejecting two people, just over the border in Hartford, Vermont.

Both occupants of the truck had been seriously injured and were hypothermic, meaning they had dangerously low body temperatures, according to police.

Officials called for medical assistance. At the scene, officers discovered the dog, named Tinsley, belonged to one of the injured occupants of the vehicle, and it became apparent that Tinsley led police to the crash and injured people.

According to NBC 10, Tinsley is a Shiloh shepherd, bred from a German shepherd and an Alaskan malamute. She belongs to the truck’s driver, 31-year-old Cam Laundry, 31, of North Hartland, Vermont.

Police were impressed with Tinsley’s devotion to duty. Lebanon Chief Phillip Roberts told the TV station that she wouldn’t be corralled until she seemingly pointed the first responders north to the crash site.

“We’ve had, you know, a lot of amazing stories with our trained K9s and stuff, but not for just a household pet to lead you down that road and play a role in saving some lives,” Roberts told NBC 10. 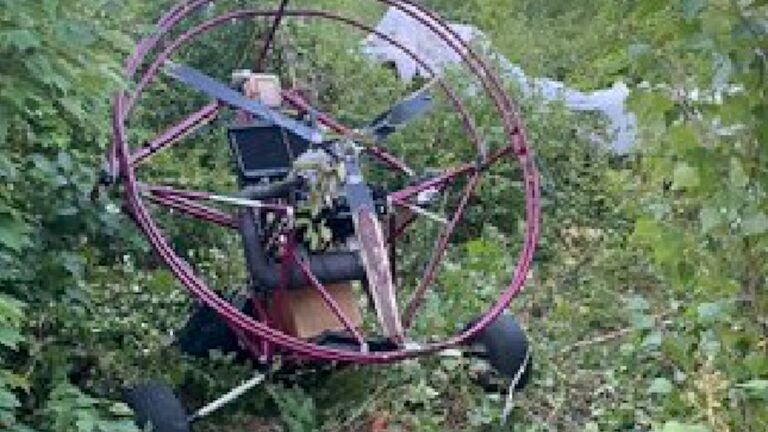