A traffic stop led Massachusetts State Police to arrest a Springfield man on firearm and other charges, according to a statement.

Just after midnight on Dec. 23, troopers Christopher Browsky and Isaac Agyei were patrolling Route 91 in Springfield, according to a statement.

As they were approaching Exit 8 on Route 91 southbound, they observed a black BMW sedan with a Vermont paper temporary license plate that was not valid, according to police.

According to the statement, the troopers stopped the car, and told the driver, Garland, to exit the vehicle as it was going to be towed from the scene because there was no active registration or insurance.

While inventorying the car, police say Browsky found a 9mm Polymer pistol and a high-capacity magazine loaded with 20 rounds of ammunition.

Officials say Garland does not possess a license to carry firearms. 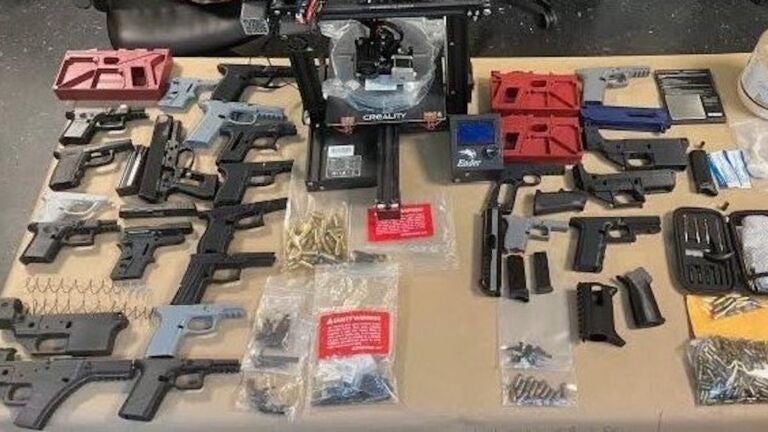