HANCOCK, Mass. (AP) — A worker at a Massachusetts ski resort died when the snowmobile she was on was struck by a snow groomer that was backing up, authorities said Wednesday.

The death of Kimberlee Francoeur, 30, of Lanesborough, at the Jiminy Peak Mountain Resort in Hancock late Tuesday morning appears to be accidental, according to a statement from the office of Berkshire District Attorney Andrea Harrington.

The death remains under investigation and an autopsy is scheduled.

According to witness statements, Francoeur was working as a snowmaker and the snowmobile she was operating was stopped on the mountain when the snow groomer operator backed into her.

Emergency responders attempted to save Francoeur’s life but she was pronounced dead at the scene, the district attorney’s office said.

“Our entire staff is deeply shaken and our primary concern now is with the individual’s family and friends,” Tyler Fairbank, president of the Fairbank Group, which owns and operates the ski resort, told The Berkshire Eagle.

Jiminy Peak, which opened in 1948, calls itself the largest ski and snowboard resort in southern New England, and offers activities year-round. It has more than 40 trails and nine lifts, but 17 trails and five lifts are currently in operation. 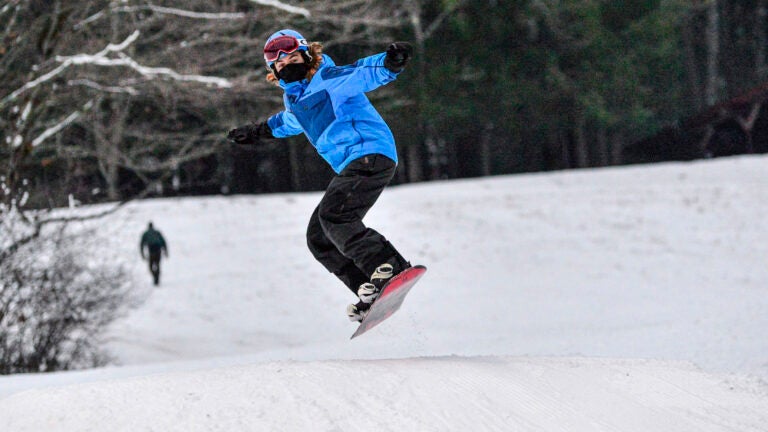