BOSTON (AP) — The largest container ship ever to call on the Port of Boston arrived Sunday following an $850 million project to make way for larger vessels.

Port officials hailed the arrival of the Ever Fortune as the beginning of a “new chapter” for Boston as it works to keep up with a growing number of U.S. ports accommodating bigger container ships.

The supersized Ever Fortune is the length of three football fields and measures about 160 feet (49 meters) across. It can carry 12,000 metal containers measuring 20 feet (6.1 meters) long apiece.

Built in 2020, the vessel will connect Boston to several ports in East Asia via the Panama Canal, according to the Massachusetts Port Authority, which owns and operates public terminals in the Port of Boston.

Mike Meyran, the port authority director, said the expanded infrastructure “opens new opportunities for our customers to ship more products and make global connections that were previously not possible.”

The authority has led an $850 million project to make way for bigger ships. Aided by state and federal funding, the shipping channel was deepened by about 7 feet (2 meters), and larger cranes were installed at the Conley Container Terminal.

Ports along the East Coast have been racing to accommodate bigger cargo ships after the Panama Canal was expanded last decade to allow larger vessels to pass through.

Last year, the largest container ship ever to call on the East Coast made a series of stops at ports in New Jersey, Virginia, Georgia, and South Carolina. It called in Savannah, Georgia, as the port was in the last stages of a $973 million harbor expansion. Other ports had recently finished expansions, including an $800 million project in Virginia.

Container volume at U.S. ports lagged in 2020 as manufacturing slowed down amid the COVID-19 pandemic, but demand for goods has remained relatively high, and by last year container volume had come roaring back.

Meyran said the expansion in Boston will increase the port’s cargo capacity and “keep Boston competitive and ready for growth.” 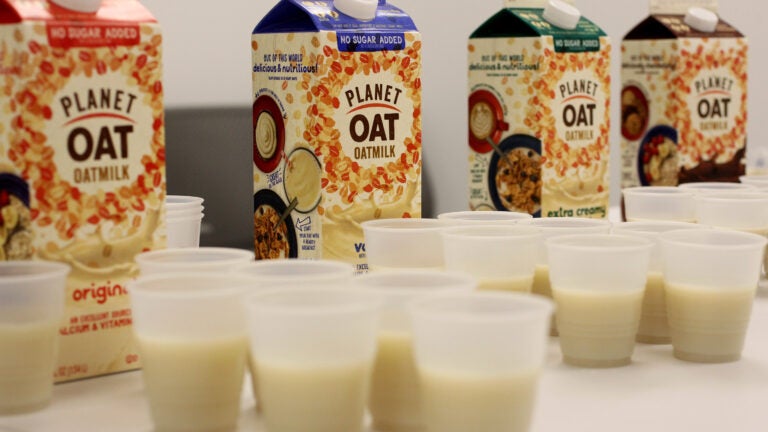 How a Mass. dairy company became the biggest seller of oat milk in the US