A fatal two-alarm fire in Arlington started accidentally with an electric baseboard heater that either malfunctioned or was in close proximity to combustible items, according to a statement from officials.

Authorities say the fire began in the bedroom of a third-floor apartment in a seven-story building called Chestnut Manor at 54 Medford St.

It was first reported through a 911 call shortly after 4 a.m. Saturday morning, according to the statement.

The Arlington Fire Department responded minutes later to find two people injured, according to the statement.

Officials said one of them, a woman over 65, later died from her injuries. Her name is not being released pending full family notifications and a formal identification by the Office of the Chief Medical Examiner.

As of this morning, about 16 people were displaced from the building, which houses a large number of older adults, according to the statement.

“On behalf of the Arlington Fire Department, I want to express our deepest condolences to the victim’s loved ones,” Arlington Fire Chief Kevin M. Kelley said. “Her loss is a tragedy for the family and the community.

“Fortunately, smoke alarms and fire sprinklers in the building operated properly, alerting residents and containing the fire until our firefighters arrived to extinguish it.  Without smoke alarms and sprinklers, (the) tragedy could have been even worse.”

“Home heating is the second-leading cause of residential fires, and historically they are most common in January,” State Fire Marshal Peter J. Ostroskey said. “It’s important to keep curtains, bedding, clothing, and other items that can burn at least three feet away from a heat source. Our ‘Keep Warm, Keep Safe’ campaign provides helpful information for home heating safety, with resources available in seven languages.”

Arlington’s Department of Health and Human Services, through its Council on Aging and alongside the Arlington Housing Authority, which manages 54 Medford St., has established a fund to support the residents who have been impacted by the fire.

The money will be used to rehouse residents that have been displaced and to replace items lost in the fire. The Council on Aging will be coordinating resources to support the needs of residents in coordination with the Arlington Housing Authority. To donate to the Chestnut Manor Relief Fund, visit www.arlingtoncommunitycenter.org/chestnutmanor. 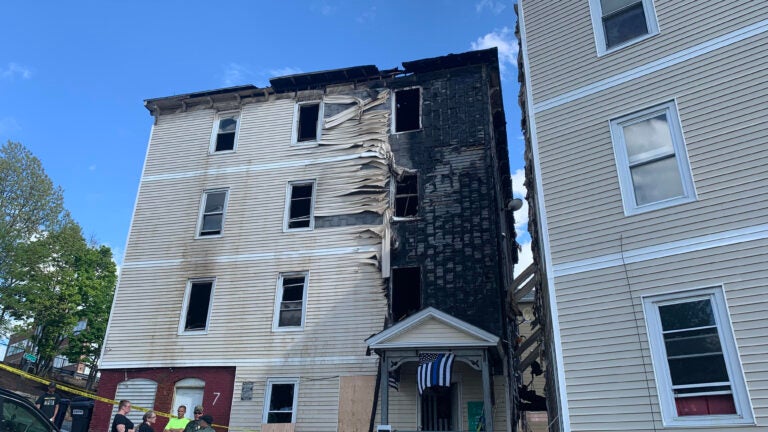