A piece of concrete fell from a Somerville bridge Tuesday morning, smashing the windshield of a California man’s SUV.

“I think I’m very lucky to not be injured,” he told WBZ-TV.

The station reported that there was glass and concrete all over his car.

“It came right down, missed me – luckily – just banged my hand, because it was on my steering wheel, but it went flying through the car and landed in the backseat,” Brown told WCVB.

Brown is staying in Boston with his wife, as she undergoes cancer treatments. He’s thankful she wasn’t in the car when it was hit, according to WBZ.

MassDOT spokeswoman Kristen Penucci said the agency immediately sent staff to inspect the overpass, according to the Globe.

“This inspection is currently underway and there are no road closures at this time,” she told the paper. 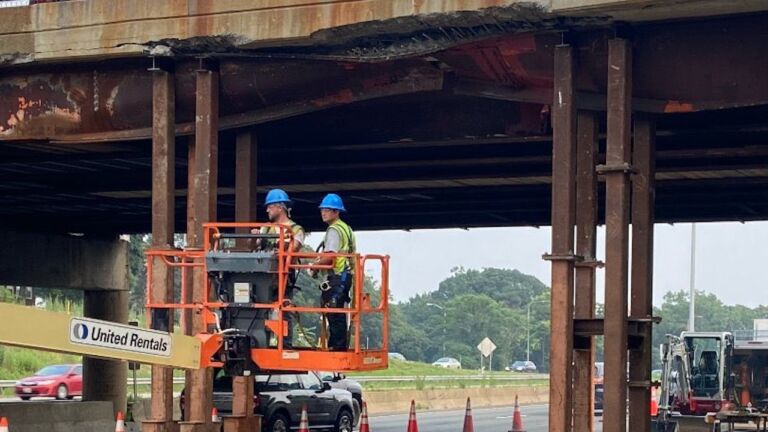