The Massachusetts Supreme Judicial Court is ordering a review of how the courts system handled the 2019 case that placed Harmony Montgomery, the now-missing girl from New Hampshire, in the custody of her father, who has a violent criminal record.

The probe was revealed in a Jan. 21 letter sent by SJC Chief Justice Kimberly Budd to New Hampshire Gov. Chris Sununu, three days after Sununu wrote a searing letter to Budd demanding to know why Harmony was placed in the care of Adam Montgomery, who Sununu described as a “monster.”

Budd’s letter was provided to Boston.com by Sununu’s office on Thursday.

“I share your view that we need to learn as much as we can about what
happened,” Budd wrote, referring to Harmony’s case as a “heartbreaking situation” and “a tragedy.”

The Massachusetts Trial Court is “cooperating fully” with an independent investigation into Harmony’s case by the state’s Office of the Child Advocate, Budd wrote.

Additionally, the SJC has ordered the chief justice of the Trial Court to conduct its own review, the letter states.

“We will take all responsive measures warranted by the facts and the law,” Budd wrote. “I know we both want to do all we can to protect the safety and wellbeing of children in our systems.”

In Sununu’s Jan. 18 letter, the Republican governor harshly criticized the court’s decision to turn over Harmony to her father and stepmother in February 2019, months before the 5-year-old was last seen in Manchester later that year.

Adam Montgomery’s criminal record dates back at least to 2007 in both Massachusetts and New Hampshire, including a 2014 conviction in the former state for shooting someone in the head allegedly during a botched drug deal.

According to Sununu, at the time of the custody decision, the New Hampshire Division of Children, Youth, and Families had sought more information from Massachusetts officials in order to conduct a review of Adam’s home.

Sununu insisted that Adam Montgomery would have been likely determined to be unfit for custody, if officials were able to conduct that review before a Massachusetts judge reached a decision.

“Finding Harmony remains everyone’s top priority and will take an all-hands-on-deck effort,” Sununu said in a statement reacting to Budd’s letter on Thursday. “I appreciate the Court’s willingness to join us in reviewing this very serious issue. Getting answers to the questions raised in my letter is paramount, and I am confident we all share this goal.”

“I would like to know the answer to those questions,” he said of the points Sununu has made while speaking on GBH’s “Boston Public Radio” on Thursday, before news of the SJC’s review broke.

Responding to questions surrounding the frustration over the lack of publicly available details about the court’s decision, Baker said, generally speaking, “these things will never be publicly” released.

“You’re not going to be able to go sit in a courtroom and watch these things play out for a lot of very good reasons, the biggest of which is you would have tons and tons of circumstances and situations that would never make it to a court,” Baker said.

Investigators in New Hampshire announced earlier this week they have closed in on a 13-day stretch in late 2019 for when Harmony may have disappeared.

The blonde-haired, blue-eyed girl was reported missing by her mother in November 2021, despite last being seen nearly two years prior.

Adam has been charged with assaulting Harmony and his wife, Kayla Montgomery, was charged after she allegedly committed welfare fraud when collecting benefits intended for Harmony.

Tips related to the case can be left by calling or texting the Manchester Police Department’s hotline at 603-203-6060. 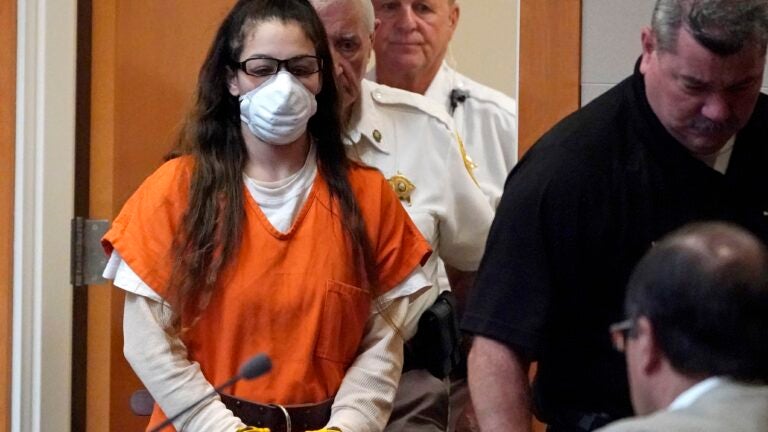