The U.S. Coast Guard rescued an injured fisherman off the coast of Cape Ann and caught the dramatic rescue on video.

Coast Guard officials said they received a satellite call for help after the fisherman seriously hurt his arm in a hatch door aboard the Sea Rambler, which is homeported in Portland, Maine.

The Coast Guard shared a video of the medevac rescue on Twitter. The recording shows a rescue swimmer being lowered from a helicopter as turbulent waves crash into the Sea Rambler below.

The crew lowers a basket down to the vessel, then hoists the fisherman up into the chopper. The man is seen holding his injured arm. After he’s safely aboard the helicopter, the rescue swimmer is raised back up inside.

Watch the dramatic video below, courtesy of the Coast Guard:

The Coast Guard said the fisherman, whose identity was not released, was taken to Massachusetts General Hospital for treatment.

During the ordeal, the Sea Rambler can be seen continuing to churn ahead. A curious Twitter user asked the Coast Guard why the captain didn’t cut the engines while the rescue happened.

“Seems to make the rescue more difficult for both the helicopter pilot and the boat’s captain?” they pointed out.

The Coast Guard responded that It is preferred that the vessel continue underway.

“It allows the pilot to match the course and speed, making movements more predictable. Once on scene, the pilot communicates directly with the vessel and provides direction,” the Coast Guard replied. 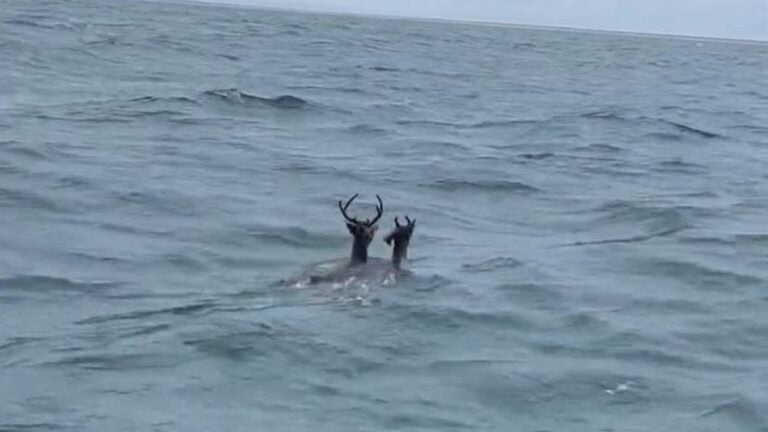