In 2020, after Lilia Kilburn, a graduate student, filed a formal complaint notifying Harvard University that an anthropology professor was sexually harassing her, an investigation was opened, as required by federal law.

What happened next stunned Kilburn, according to her lawyers.

In the course of that investigation, Harvard obtained notes from her psychotherapy sessions, according to a federal lawsuit filed last week in Boston, and gave them to John Comaroff — the professor she had accused of kissing, hugging and groping her — who then used them to try to undermine her credibility, according to the lawsuit.

In the wide-ranging lawsuit by Kilburn and two other graduate students, Kilburn accuses Harvard of obtaining her confidential therapy records without her consent and then giving them to Comaroff, as well as to other Harvard officials.

In reaction to a storm of criticism, Harvard said that it would not seek such documents without the consent of the patient but that any documents it acquired would be shared with both sides during an investigation.

Comaroff, through his lawyers, denied any misconduct. Harvard found that Comaroff had engaged in verbal conduct that violated policies on sexual and gender-based harassment and professional conduct.

In this tangle of charges and claims — with so many facts in dispute — lies a messy reality: The very act of making a sexual harassment claim can set off a convoluted legal procedure, in which the accusers may not fully understand the rules or the repercussions of any decision, like releasing medical records. And because so many accusers make claims without a lawyer, as Kilburn initially did, they rely on universities to guide them through the thicket.

In this case, experts in sexual harassment proceedings questioned not only whether Harvard acted legally to obtain Kilburn’s medical records, but whether it acted ethically.

University officials “are often thinking about protecting the school, not protecting the client,” said Arthur Caplan, a professor of medical ethics at New York University’s Grossman School of Medicine.

The chain of events was set off when Harvard asked Kilburn for the names of people who had information that would be relevant to her case, her lawyers said. She gave Harvard’s Office for Dispute Resolution the name of her psychotherapist, according to her lawyers, a fact that was not in the lawsuit.

“But Ms. Kilburn did not intend that her records be released to Harvard, nor that they be shared with Professor Comaroff,” one of her lawyers, Russell Kornblith, said in an email.

Yet Harvard, the lawsuit said, contacted Kilburn’s psychotherapist, who was not affiliated with the university. The complaint suggests that Harvard somehow persuaded the therapist to disclose information without authorization.

Harvard then gave the notes to Comaroff, according to the lawsuit.

Comaroff “deployed the notes to gaslight Ms. Kilburn, claiming that she must have imagined that he sexually harassed her because she was experiencing post-traumatic stress disorder — a condition that she developed as a direct result of his conduct,” the complaint says.

The lawsuit says that under Massachusetts law, it is a breach of fiduciary duty and an invasion of privacy for a health care provider to disclose confidential medical information without consent.

Harvard disputed Kilburn’s accusations, which it said in a statement were “in no way a fair or accurate representation of the thoughtful steps taken by the university in response to concerns that were brought forward, the thorough reviews conducted, and the results of those reviews.”

But the university said it could not discuss her case specifically without breaching confidentiality, and only provided background information on what it does typically in such cases. Harvard said it would only contact a therapist if a patient said the therapist had relevant information — and then only with consent.

But whether Harvard should have pursued the confidential records is another matter, according to Caplan.

“That’s very murky in terms of consent, because she’s pressured, she’s vulnerable,” he said. “Does she really know what she’s turning over? It’s a very fraught situation.”

He added, “I’m not even sure if you said it was OK to share it, that it would be OK to do it anyway.”

Neither side would release the name of the therapist.

Harvard also said that the parties to a dispute were told that information would be shared with both sides, and that if they were not willing to share it, they should not submit it. This is standard practice under Title IX, the federal education law that mandates investigations into sexual harassment claims, said Brett Sokolow, a lawyer and president of the Association of Title IX Administrators, who is unconnected to the case.

Harvard said that all parties were notified — during interviews and in writing — of the requirement to share documents, and that it was also included in a list of Frequently Asked Questions on its website.

One of Comaroff’s lawyers, Ruth O’Meara-Costello, denied that he had gaslighted Kilburn. She said in an email that she had worked with the same investigator in other Title IX cases, and that “she is scrupulous about communicating to both parties that information and documents they share with the investigators will also be provided to the other party.”

At many universities, if a complainant, like Kilburn, offers a therapist’s records as corroboration, the university will hand the accuser a consent form to fill out and sign, including the name of the therapist, Sokolow said.

“We then take that form to the therapist and ask for the records to be released,” Sokolow said. “We usually clarify with the complainant whether we are asking for full release or a redacted range. And we say, please understand that if these records are released to us and are relevant, they’ll be incorporated in the investigation file, which is shared among everyone involved.”

The plaintiffs say that there is no record of a signed consent form.

In its background statement, Harvard says that it is up to the therapist to get consent from the patient to release records — not up to Harvard.

That may be legal, but it is probably not in line with the practices of most other schools, Sokolow said.

“They seem to have shifted the responsibility onto the person who was treating Ms. Kilburn,” Sokolow said, adding, “In my experience, that’s something almost always orchestrated by the institution and its investigators.”

Someone like Kilburn may be naive and vulnerable, and not able to act in her own best interests, Caplan said.

She did not have a lawyer when she made her complaint or when she gave Harvard her therapist’s name, Kornblith said. She hired his firm, Sanford Heisler Sharp, last year.

The firm brought the issue of the records to Harvard’s attention in September 2021, and asked Harvard to prevent further distribution or viewing of the records, but according to the complaint, Harvard refused.

The lawsuit goes on to say that Harvard disseminated the records to many people involved in addressing the complaint, including several faculty members, deans, members of the Office for Gender Equity and Title IX coordinators.

Kornblith said that whatever Harvard’s written policies, Kilburn had been caught unawares. “If their message is essentially caveat emptor,” he said, “then our client is really doing a service by warning people that this is how they treat mental health records.” 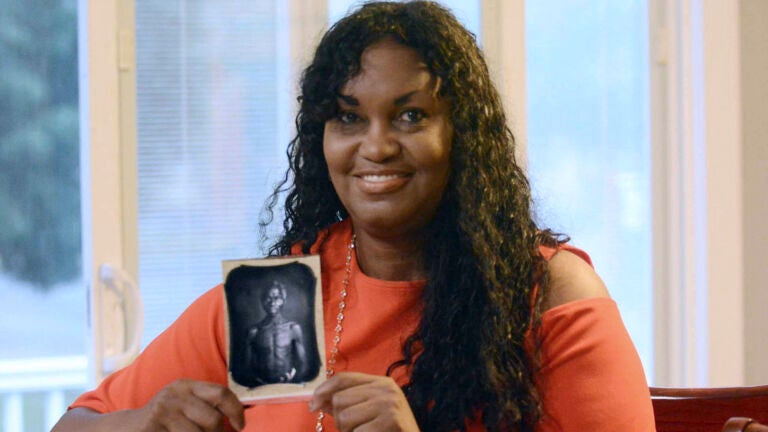 Court: Harvard can be sued for distress over slave photos