Using a new polymerization technique, scientists at the Massachusetts Institute of Technology have made a material that shows promise as both a durable coating and a strong structural element, and is easier than some materials to manufacture in large quantities.

The polymer made a splash on two fronts, according to Michael Strano, the Carbon P. Dubbs professor of chemical engineering at MIT and the senior author of the new study. The first is that the lab showed there is a way to polymerize in two dimensions, or creating a sheet instead of a string.

“Polymers in general are spaghetti-like molecules. If you look at them at the molecular scale they’re like noodles or snake-like,” Strano explained. “A polymer is molecules hooked together, one after the other. It turns out that scientists have asked, ‘Is it possible to make a polymer grow not as a one-dimensional chain, not as a snake, but like a sheet?’”

Scientists have long thought that growing a polymer as a sheet rather than a snake was impossible, but still attractive in theory because materials made like that promised to be very strong.

Strano’s lab did just that. They successfully polymerized the new material in sheets, called polyaramides, giving it some unique characteristics.

“We now have a completely new way of making materials as two-dimensional polymers, [which] means we’re going to get new properties,” Strano said. “This material that we’ve made happens to be pretty exceptional. It’s very strong and very light. It’s unusual for a polymer.”

Polymers, which include all plastics, are made of chains of monomers. Once the chains are formed, they can be shaped into three-dimensional objects to create everyday items like plastic water bottles.

For this specific material, the scientist used a compound called melamine, which contains a ring of carbon and nitrogen atoms. Under the right conditions, these building blocks grow in two dimensions, forming disks that stack on top of each other, creating a strong and stable structure.

Much like Kevlar, Strano said the new material is very strong.

“It’s promising as a structural material. By some metrics, it’s actually stronger than steel,” Strano said.

It also is “essentially impermeable,” meaning gasses can’t travel through it. Strano drew a comparison to plastic bags — many people store food in plastic because it is good at keeping air out and keeping food fresh. With plastic bags, over time air does seep in because plastic is not completely impermeable, but with the new material that would happen much, much slower.

“This polymer when we measured it, even though we made films that were much much thinner than the plastic bags, it’s essentially impermeable, and that’s unusual compared to the next best polymer,” Strano said. “It’s already 50 times times better at keeping gasses out.”

Going back to the spaghetti metaphor, Strano said it is so much more impermeable than other polymers because instead of individual spaghetti noodles, it’s like really well-fitted lasagna noodles.

“You could pack spaghetti together as much as you can, but there’s still these holes that go through it. That’s where the tomato sauce goes,” Strano said. “But if your pasta was plates and they like to stick to each other, well, spaghetti sauce is not going to get in there.”

The material is also uniquely suited to making good, protective coatings, according to Strano.

“It opens up the question, can other polymers be made in this way?” Strano said. “Right now the excitement is, how large will this new class of materials be? [With] new kinds of coatings and paints it’s possible that we could protect things like our homes or our infrastructure with paints, but use just a small fraction of the material that that we use now.”

Though his lab didn’t research whether the polymer is recyclable, Strano said making more durable and sustainable plastics could help reduce what ends up in landfills.

The actual mechanism that is used to create the polymer is new. Strano said when the project started, a number of chemists and organic chemists said this material wasn’t possible.

“What we discovered we call auto template — it’s like a cookie cutter,” Strano said.  “What we found is that the material itself as it starts to grow into a little seed can actually absorb molecules of itself and hold them in place so that it can further grow. Little, little seeds become little platelets that help more platelets to grow.”

As newly discovered polymers go, this one is both easier to make and has already been made in larger quantities than normal, said Strano. It reacts at room temperature, doesn’t require a ton of steps, and forms as a gel that scientists can work with.

“There’s a lot of interest in my lab, probably in others, in swapping out the molecules we used to make this material to get different combinations,” Strano said. “Can we make a version of this material that conducts electricity or can emit light? How big will this new space be? That’s probably the number one most exciting thing to us is to find out the limits of this new synthetic mechanism.”

The researchers have filed for two patents on the process they used to make the material. MIT postdoc Yuwen Zeng is the lead author of the study.

The research was funded by the Center for Enhanced Nanofluidic Transport (CENT), an Energy Frontier Research Center sponsored by the U.S. Department of Energy Office of Science, and the Army Research Laboratory, according to MIT. 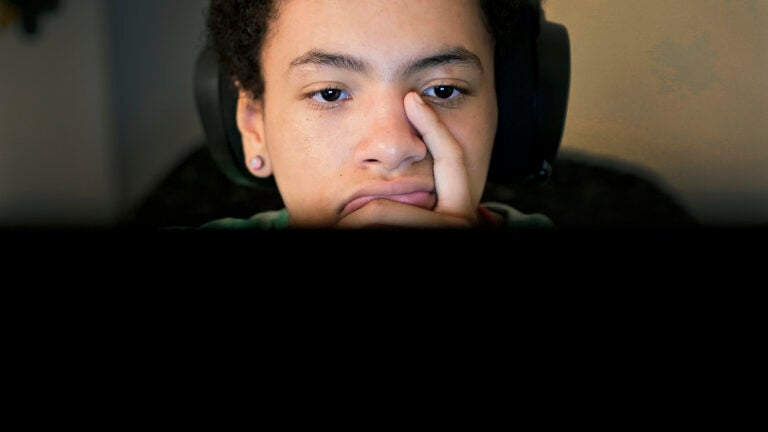 Online school put kids behind in Boston and communities across the country. Some adults have regrets.