The owner of a historic railway that runs up Mount Washington is proposing to build upscale accommodations and a restaurant near the summit of New Hampshire’s highest peak.

Mount Washington Cog Railway owner Wayne Presby said the nearly $14 million project would station 18 rail cars at an elevation around 5,800 feet (1,670 meters) from mid-May through mid-October. Nine sleeper cars would accommodate up to 70 guests who would pay similar rates to those charged on other sleepers.

“There is a demand for it. People want to stay up on the mountain,” Presby said of the project that will require state and county permits and take up to seven years to complete. “They want better facilities than what are being offered up there by the state of New Hampshire and everybody else.”

The project, presented earlier this month to the Mount Washington Commission, comes several years after Presby scrapped a plan to build a 35-room hotel on the mountain. That project came under widespread criticism from environmentalists and hikers, who argued the 25,000-square-foot (2,300-square-meter) hotel would damage the fragile alpine ecology and destroy the scenic views.

Presby said the latest proposal, which includes plans to pipe sewage down the mountain and fiber-optic upgrades, has the support of the state. In exchange, the Cog would agree not to pursue further expansion on the summit.

A spokesperson for the Department of Natural and Cultural Resources did not immediately respond to a request for comment.

It is unclear whether this proposal will garner the same opposition as the larger hotel project, when thousands of people signed a petition against it.

Chris Thayer, who serves as the Appalachian Mountain Club’s representative on the commission, called the proposal “creative in its approach to summit operation and visitor experience challenges” but he said it “deserves more careful consideration to impacts on highly sensitive natural resources and viewshed aesthetics.”

David Govatski, a retired U.S. Forest Service forester who can see the site from his home in Jefferson, opposed the larger hotel. But he remains undecided this time around.

Govatski believes the project could ease congestion from the throngs of summer tourists on the mountain, since it includes a shuttle from sleeper cars up to the summit, the highest peak in the Northeast at 6,288 feet (1.91 kilometers). Currently, the cog goes right to the summit, resulting in hundreds of people getting on and off trains at one time.

But he worries hotel guests could damage are alpine plants including Bigelow’s sedge on the mountain and stress out the rare American pipit that nests in the area. Other people worry plans for brightly-colored rail cars — something Presby said could change to more neutral colors — would be out of place on the mountain.

The area where the rail cars would sit has had its share of activities over the years. The Mount Washington Auto Road is nearby. There are fuel tanks there, a helipad and there once were barracks for a jet engine testing lab.

“They have done their planning. The concept looks good on paper but the devil is in the details. That is what we want to work out,” Govatski said.

“You have to balance the economic value of a railroad like that against the potential for the environmental impact, of increased usage at (a) new location near the mountain top,” he continued. “I remain neutral until I can really study what the impacts are.”

Mount Washington has been attracting more tourists in New Hampshire’s North Country since the loss of the Old Man of the Mountain, a granite profile and state symbol that crumbled in 2003. The mountain draws over 300,000 visitors a year.

The 65-year-old Presby, who has owned the railroad for nearly 40 years, said the project would partly fulfill his vision of bringing back hotels that once graced the mountain in the 1800s. Among them was the Summit House Hotel, which burned down in 1908.

It would also bolster the Cog Railway’s role as an economic engine, something the company has prided itself on since the train first started running more than 150 years ago. The region, which has among the state’s lowest median income, is heavily reliant on tourism. The train brings 150,000 people each season up to the summit.

“The cog railway has been my life. I bought this place when I was 26-years-old,” Presby said. “My whole goal in owning the railroad was to bring it back to its preeminence.” 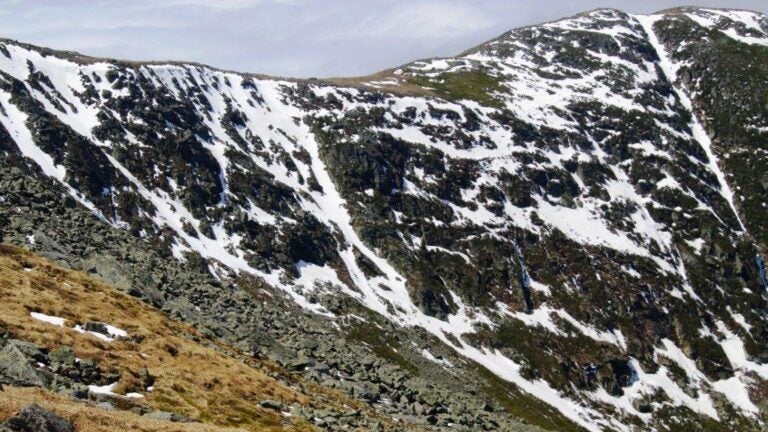