UPS failed to make ferry reservations so that it can ship and deliver packages to Nantucket this summer, and local business owners say it’s going to have a huge impact on their ability to do business, The Boston Globe reported Sunday.

The Globe reported that, according to the Steamship Authority, UPS didn’t request reservations for its trucks during the early priority booking window it makes available to freight shippers so that they can book for the busy season of May to October.

By the time UPS realized the mistake, the Globe reported, the ferries were booked close to capacity.

The Steamship Authority and UPS are rushing to make contingency plans, the Globe reported, but some Nantucket business owners are starting to panic.

UPS is the biggest carrier of standard deliveries to Nantucket according to Shantaw Bloise, the business manager at the Nantucket Chamber of Commerce.

“It’s going to put us in a world of hurt,” she told the Globe. “…I can’t imagine how we’ll be able to function just relying on DHL, FedEx, and the Postal Service.”

Stephanie Correia, who runs Stephanie’s, a clothing and home goods store on Nantucket, said she relies on UPS for most of her inventory, the Globe reported. She told the Globe she makes 75% of her income in the summer, so that’s when it’s most important to have inventory.

But most residents on the island also get goods delivered to their house through UPS.

But this year, the Steamship Authority told the Globe, UPS simply didn’t respond.

“Someone at UPS dropped the ball,” the spokesperson for the Steamship Authority told the Globe.

The Globe reported that there’s no easy way to fix the issue, but that it wouldn’t affect deliveries of food or hospital supplies, which use other carriers. If the problem isn’t solved, the disruption will likely affect households and retailers the most, the Globe reported.

UPS doesn’t seem to be having issues reserving ferries for Martha’s Vineyard even though the requests go on the same form, the Globe reported. The Steamship Authority told the Globe this could be due to Martha’s Vineyard having more trips and boats available. 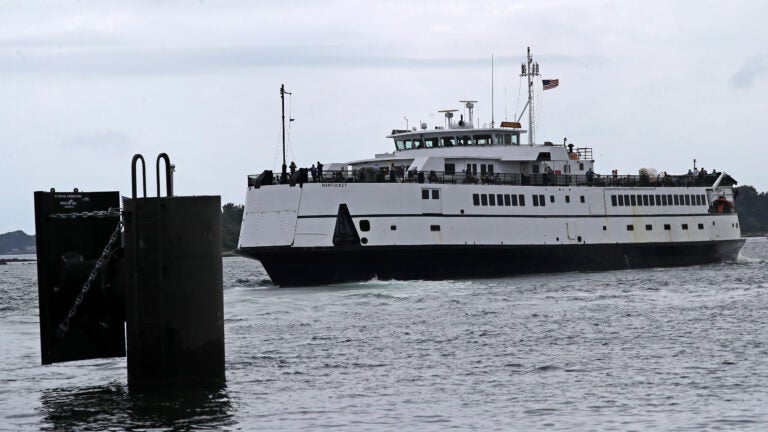 In a hugely disappointing move, Steamship Authority will not name new ferries after ‘Jaws’