The COVID-19 pandemic has changed our lives in many ways, but one you might not have thought of is how it has changed where and when you’ll experience the worst traffic while driving.

State House News Service (SHNS) reported Wednesday that Highway Administrator Jonathan Gulliver said that while traffic volume is back to about 2019 levels, congestion patterns on Massachusetts highways have changed.

SHNS reported that while most routes show slightly to significantly faster travel, some stretches of road have increased congestion post-COVID at certain times of the day.

The most confusing change happened on I-93 between the Braintree split and the Mass. Avenue Connector, SHNS reported.

But traveling between the same points in the same direction in the morning is more than three minutes faster as of 2022.

Driving that same bit of road southbound in the morning now takes nearly four more minutes than it did three years ago, reflecting a 30% increase in traffic. The evening southbound change is less extreme, with just a 30 second increase.

The Mass. Turnpike has become less congested pretty much everywhere, SHNS reported. Morning and evening trips in both directions between I-95 and I-93 are now 9% to 24% quicker than in 2019.

Commuters who live in the North Shore and Merrimack Valley now have a much better morning commute into Boston, SHNS reported. Travel times between Route 3 and the Pike are six minutes shorter in the morning than they were three years ago, and travel times northbound on I-95 from I-93 in Canton to the Pike are down 6.7 minutes.

“People are choosing to travel differently,” Gulliver told the Dept. of Transportation’s board on Wednesday.

“…Those traditional commuting hours on pretty much every road are usually going to be the busiest of the day. But what we’re seeing here…is that people are spreading out their trips, so even though the full volumes are getting close and sometimes exceeding [pre-pandemic], those peaks…are not as bad as they were in prior years.”

Still, SHNS reported, ridership on MBTA buses and trains is still significantly down from pre-pandemic levels. In February, MBTA General Manager Steve Poftak said that ridership on the T’s core subway and trolley lines was still at 45% of February 2019 levels.

Congestion on the T has changed too, SHNS reported. More riders are taking trains and buses during the middle of the day, Poftak said, with an apparent but less intense morning rush hour. 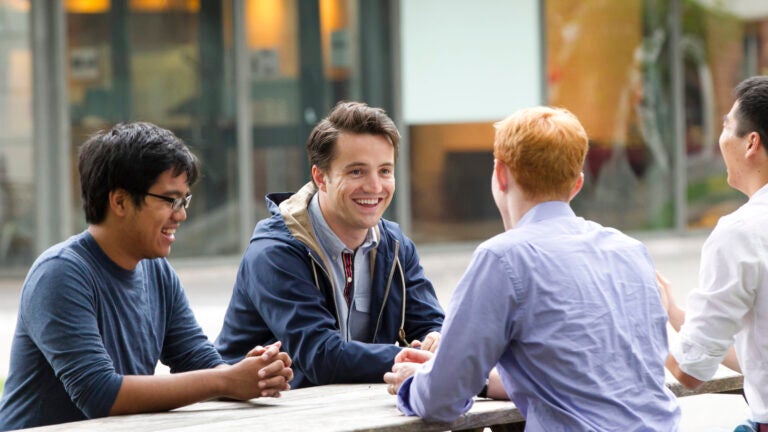 Young people are flocking away from the Boston area. Here are some possible reasons why.